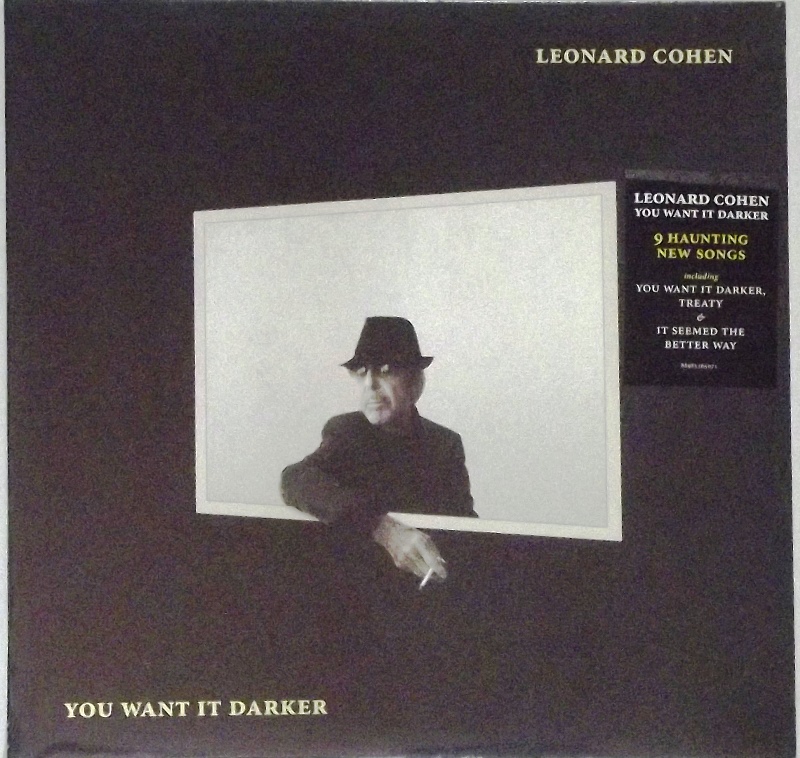 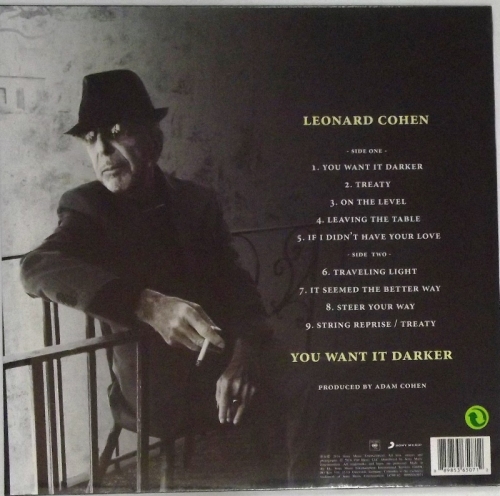 You Want It Darker

Sealed brand new last album from Leonard, made in the EU.

You Want It Darker is the fourteenth and final studio album by Canadian singer-songwriter Leonard Cohen, released on 21 October 2016, by Columbia Records.[1][2] The album was created while Cohen was dying and focuses on death, God, and humor. It was released to critical acclaim

After touring extensively between 2008 and 2013, Leonard Cohen began to suffer from "multiple fractures of the spine" among other physical problems, according to his son Adam Cohen.[3] Due to Leonard Cohen's mobility issues, You Want It Darker was recorded in the living room of his home in Mid-Wilshire, Los Angeles and then sent by e-mail to his musical collaborators.[4]

Cohen has said his condition helped him eliminate any distractions during the recording of the album: "In a certain sense, this particular predicament is filled with many fewer distractions than other times in my life and actually enables me to work with a little more concentration and continuity than when I had duties of making a living, being a husband, being a father".[4] Despite his medical condition, Adam Cohen said his father "Occasionally, in bouts of joy, he would even, through his pain, stand up in front of the speakers, and we'd repeat a song over and over like teenagers".[3]

Musically, the album is "a little bit more sparse and acoustic" compared to his recent albums, according to Adam Cohen.[3]