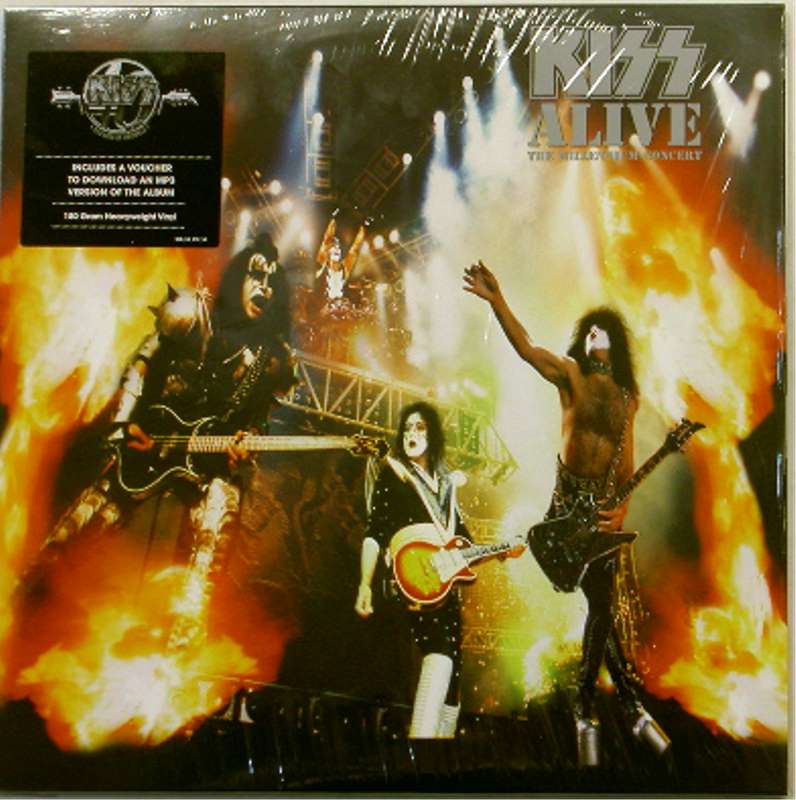 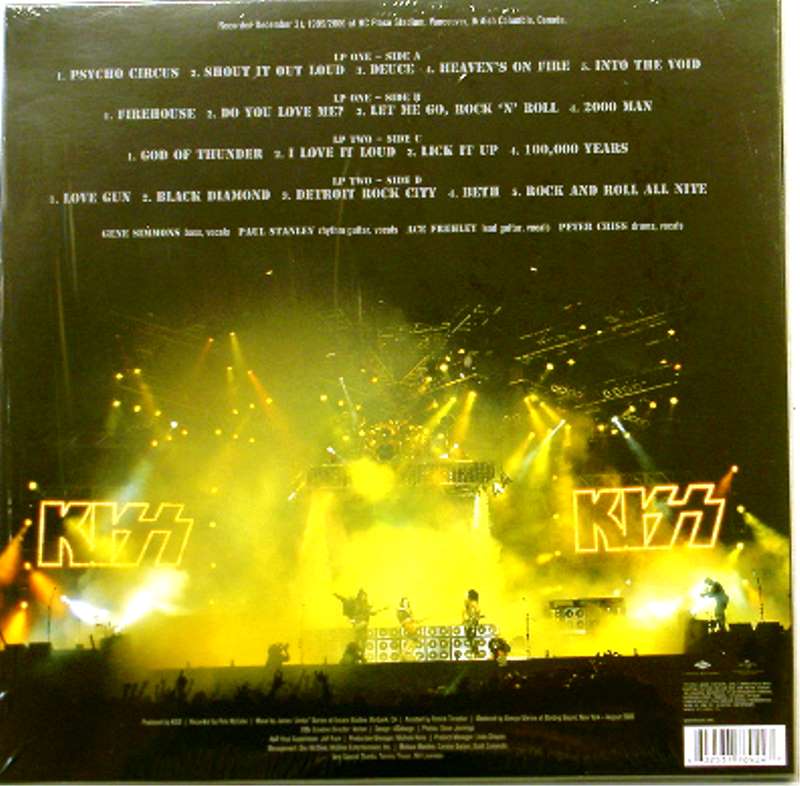 Celebrating four decades of decibels, KISS, Mercury Records and UMe proudly  announce reissuing the legendary KISS albums on 180g audiophile vinyl.  Remastered to high definition 192kHz/24-bit audio for maximum fidelity, these  albums have never sounded so amazing and now vinyl collectors will get what  they’ve been demanding. All posters, sleeve art, stickers, etc that appeared in  the original LP release where applicable have been faithfully reproduced for the  KISS Army.

The Millennium Concert was recorded in Vancouver, Canada on New Year's Eve 1999  and features the reunited original line-up of Simmons, Stanley, Frehley and  Criss.

"...The Millennium Concert...was recorded in Vancouver, Canada on New Year's  Eve 1999, a show where the reunited makeup band played some non-makeup era  material ("Heaven's on Fire," "Lick It Up," and so on), plus the big, early hits  ("Shout It Out Loud," "Beth," and many more)..." -David Jeffries,  allmusic.com