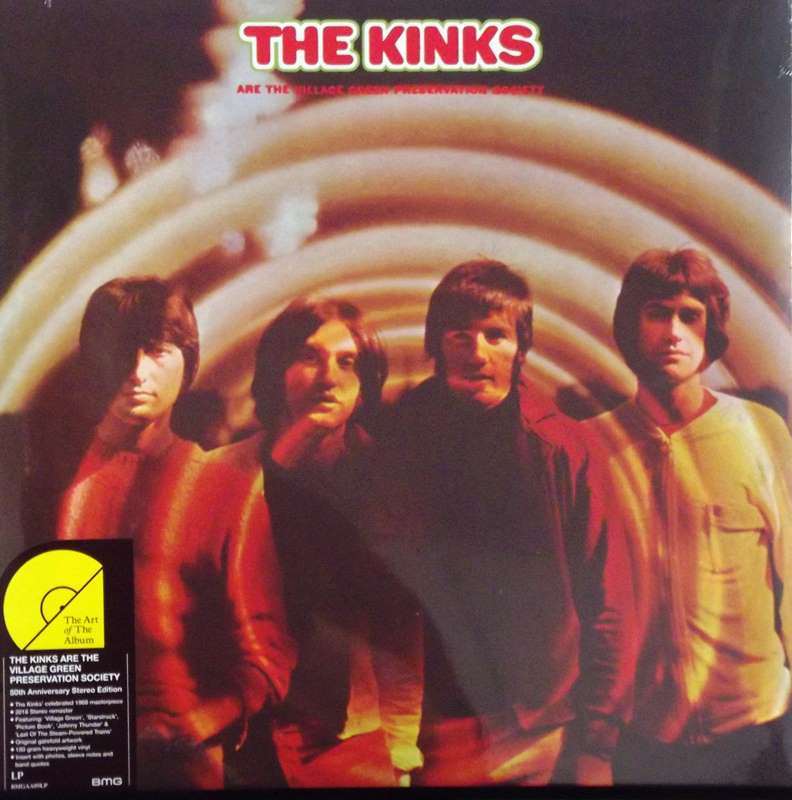 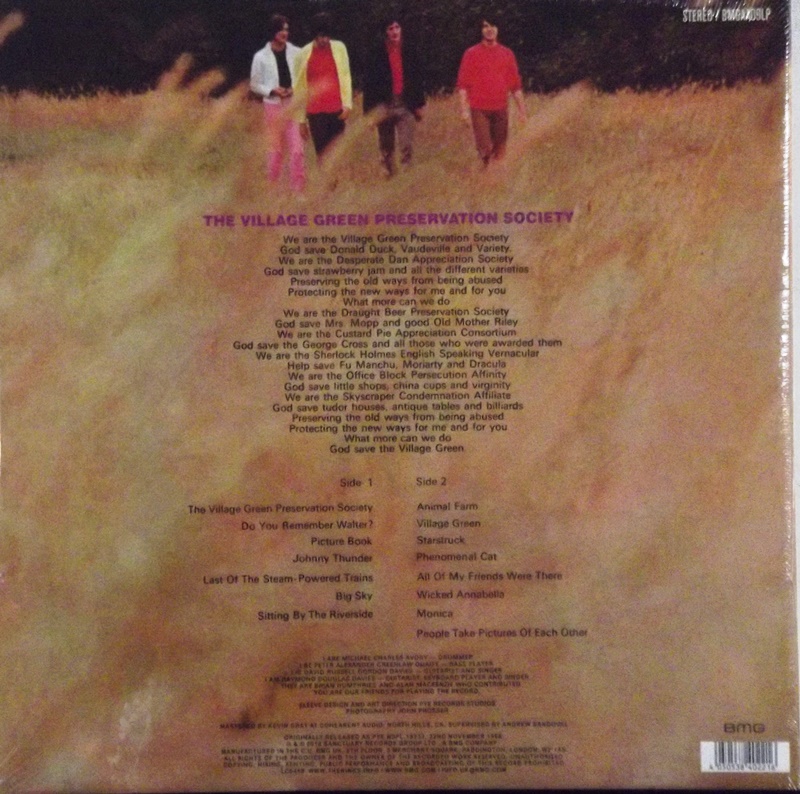 One of the ironies of Ray Davies, the same singer-songwriter who most recently released two CD collections of original songs dedicated to his love of American culture (Americana 1 & 2), is that he is also the auteur behind arguably the most British of all UK rock albums. But such is the talent of Davies, often considered the most literate of British rockers.

There was never any doubt about the intent or quality of The Kinks Are The Village Green Preservation Society (hereafter abbreviated as TVGPS), even when it was first released in November 1968. Between the worldly social turmoil (the assassinations of Martin Luther King and Bobby Kennedy, Vietnam etc.) and the surplus of now classic albums released that year (The Beatles “White,” Electric Ladyland, Music From Big Pink, Beggar’s Banquet), it’s little wonder the Kinks’ TVGPS didn’t get much attention, even if critics loved it. There were just too many other things happening for anyone to care about Davies’ sweet song cycle of trying, and mostly failing, to keep comfy — some might say stuffy — British customs like steam powered trains, vaudeville, and strawberry jam, alive in a radically changing world.

None of this translated particularly well to American audiences, let alone at a time when most were rebelling against the old ways through civil rights and peace marches. All of this is to say that TVGPS was overlooked upon release, although over the decades its importance as a terrific, even legendary, pop album has grown exponentially.

Though there are a few raucous moments in its original 15-track incarnation, such as Dave Davies’ vocal and tough guitar on the darker “Wicked Annabella,” this is generally a set of melodic folk/pop, not a rock album. Pete Townshend, in one of the many essays included in the box, calls it a “pop masterpiece.”

There also weren’t any hits, further relegating TVGPS to also-ran status for years after its appearance. But some of the then-24-year-old Ray Davies’ best writing during a particularly fertile stretch, such as the incandescent “Days,” were left off the initial pressing, many appearing on 1973’s US-only The Great Lost Kinks Album, which quickly went out of print. Still, songs such as the pastoral “Sitting By The Riverside,” perhaps a follow-up to “Sunny Afternoon,” that twists into an almost psychedelic dream, and the near anthemic “Big Sky,” deserve to be on any Kinks best-of consideration.

Whether this requires the ultra-super-deluxe treatment on TVGPS’ 50th anniversary is nonetheless debatable. It was already expanded to three CDs, with much of the essential “missing” material in 2015. Although there is more here on five overstuffed discs of home demos, a BBC appearance, backing tracks, and seemingly every scrap of tape recorded anywhere around the sessions, how much anyone other than the deep-pocket uber-fan is willing to pay for the luxury is unclear. Add three picture sleeve 7” singles, three vinyl albums, a 52-page hardback book and various tchotchkes like gig tickets and glossy photos for the last word in TVGPS, one that pushes the price near $150.

The lavish, overwhelmingly materialistic edition is seemingly at odds with the project’s relaxed concept of a kinder, simpler time and the music’s similarly rustic, largely acoustic approach and uncluttered production. A less excessive remastered edition is also available for those that just want a piece of what many consider to be one of the finest pop albums in UK history. Either way, this music has withstood decades of change. It remains crisp, innovative and oddly contemporary in its bucolic, retro-worshipping splendor.