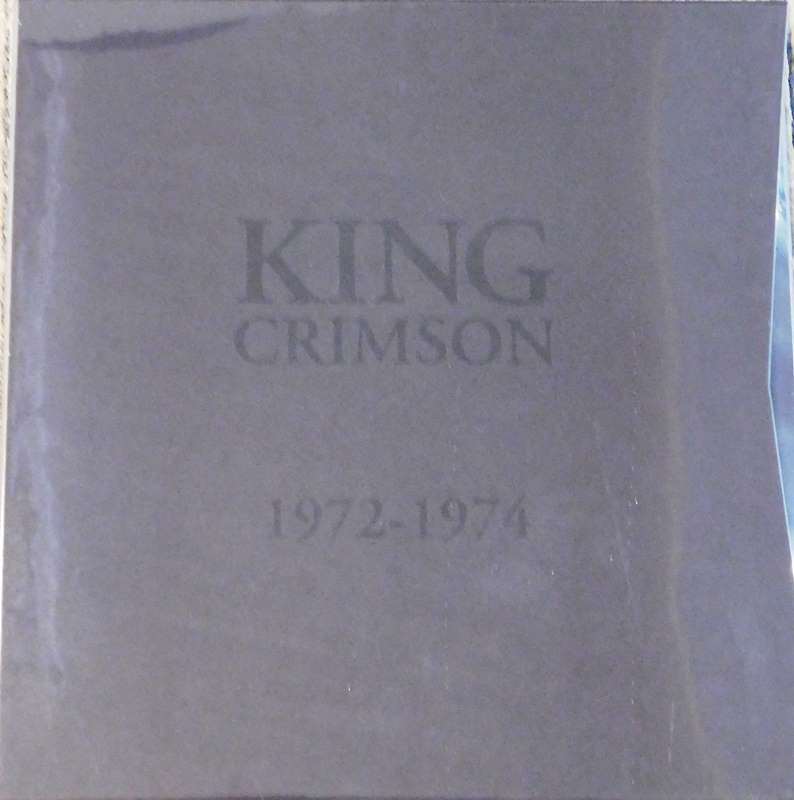 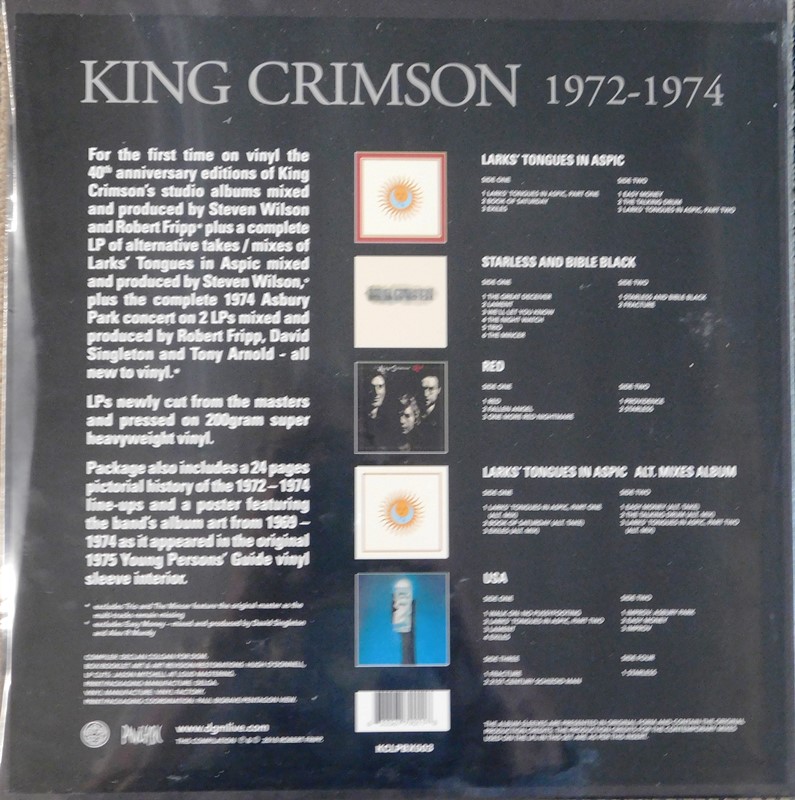 King Crimson 1972 - 1974 presents the band's celebrated trio of studio albums  from that period including Larks' Tongues in Aspic, Starless and Bible Black and  Red in their 40th anniversary edition mixes as mixed and produced by Steven  Wilson and Robert Fripp in 2009 - 2012. This is the first time that these mixes  have appeared on vinyl. All albums are presented in their original sleeves.

Additionally, a fourth LP features an Alternate Larks' Tongues in Aspic mixed  and produced by Steven Wilson, with "Easy Money" appearing in its 2012 mix by  David Singleton and Alex R Mundy and presented in the album's original American  sleeve art. The vinyl set is completed with the inclusion of the expanded  version of the live USA album, presented in its 2013 mix with interior gatefold  art based on the original imagery. A 24 pages photographic booklet and album art  poster are also included. All albums are pressed using 200gram super heavyweight  vinyl for the best audio reproduction.

The albums were cut at Loud Mastering by Jason Mitchell from original hi-res  sources as prepared by Steven Wilson and approved by Robert Fripp.

Features:
• 6LP Box Set
• 200g Vinyl
• 40th Anniversary Editions of Larks' Tongues In Aspic, Starless And Bible  Black, and Red - mixed and produced by Steven Wilson and Robert Fripp
• LP of alternative takes/mixes of Larks' Tongues In Aspic mixed and produced by  Steven Wilson, except "Easy Money" mixed and produced by David Singleton and  Alex R Mundy
• 2LP of complete 1974 Asbury Park concert mixed and produced by Robert Fripp,  David Singleton and Tony Arnold
• LPs newly cut from the masters (except "Trio" and "The Mincer" as the  multi-tracks remain missing) by Jason Mitchell at Loud Mastering
• First time on vinyl
• 24-page pictorial history of the 197201974 line-ups
• Poster featuring the band's album art from 1969-1974 as it appeared in the  original 1975 Young Persons' Guide vinyl sleeve interior
• Album sleeves are presented in original form and contain the original  production credits
• Production credits for the contemporary mixes used on the LPs in this set are  as per the insert