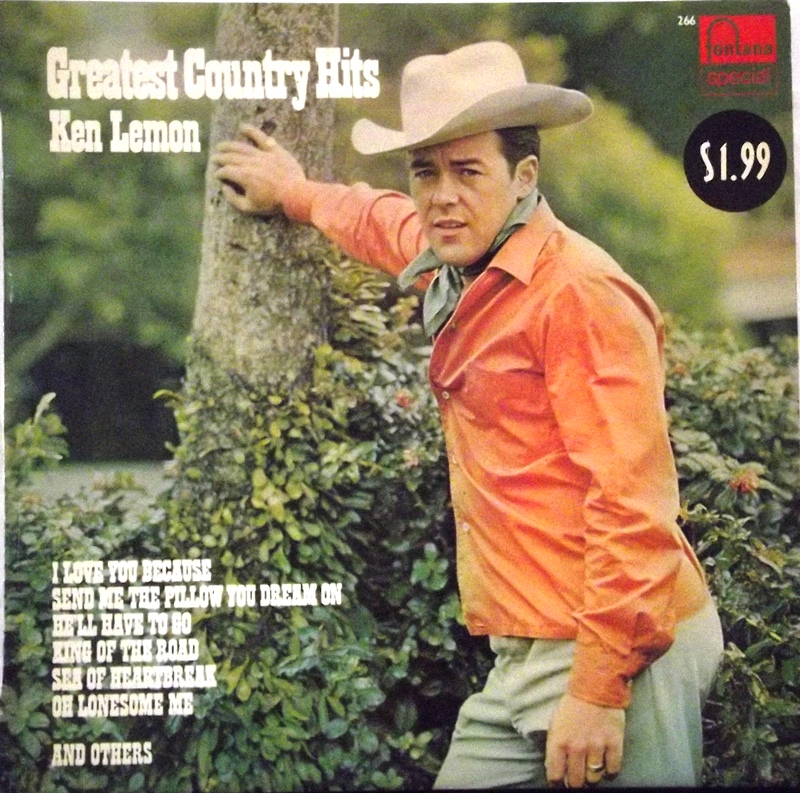 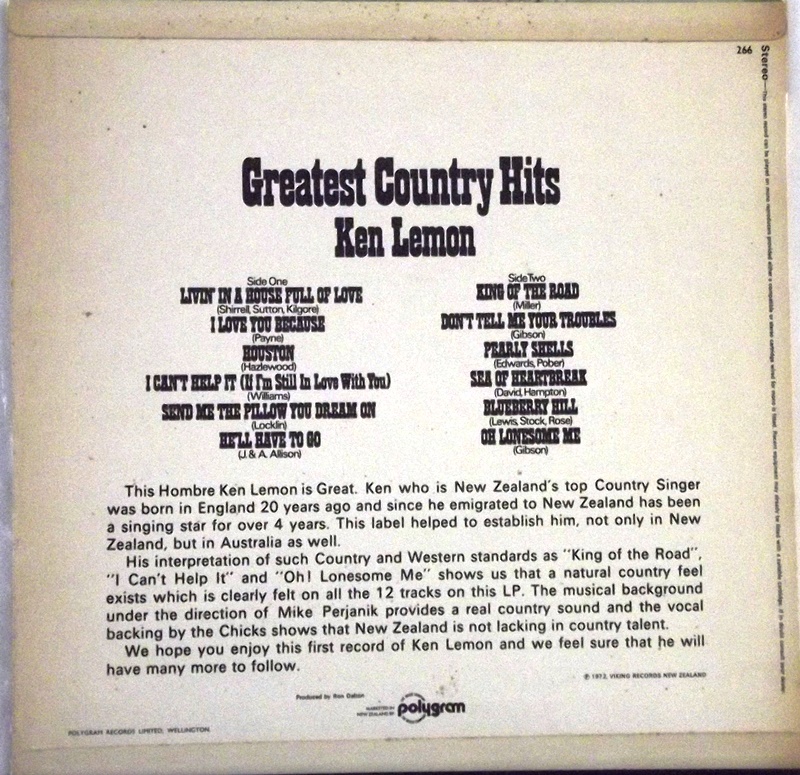 Country singer Ken Lemon never gave up his day job. The one time an employer refused to give him time off to go out on tour as part of a Joe Brown package or with his Viking Records labelmate Maria Dallas, he simply quit and found a new job.

Based in Auckland, his debut album was released in the United States, England and South Africa in the 1960s and he was a Loxene Golden Disc finalist with ‘Living In A House Full Of Love’, but by the late 1970s he had seemingly disappeared.

Born in the seaport town of Barrow-in-Furness in Lancashire, England, in 1939, Lemon did a bit of social singing in pubs and dance halls and occasional talent quests in the 1950s and 60s.

He and his brother served apprenticeships as marine coppersmiths, working on electric and atomic submarines, carriers, destroyers and frigates and helping to build the ocean liner SS Oriana, which was launched in November 1959.

With their sister and her husband having immigrated to New Zealand, their mother wanted to keep the family together and she and her husband and the two Lemon brothers followed them to Auckland in about 1962.He found himself at a singing competition at the Shiralee in Customs Street, winning his heat and progressing to the final.

The brothers started work at the dockyard in Devonport as coppersmiths but almost immediately courted trouble by repeatedly turning up late, despite living only half a mile away. Hauled before the naval commander in charge, they were let go. Although his brother soon went back, Ken Lemon took up sheetmetal engineering work.

After six months or so, he entered a singing competition at the Shiralee in Customs Street, winning his heat and progressing to the final. The manager of the venue engaged Lemon to stay on as the resident singer, performing Friday and Saturday nights and twice on Sundays.

A deal was struck with John Ewan of Octagon Records and Lemon found himself in Stebbing Studios recording his debut single ‘Detroit City’, with Rudy & The Crystals backing.

His next two singles – a cover of Slim Whitman’s ‘China Doll’ and ‘Sailor Man’, both “arranged and directed” by Viking Records star guitarist Peter Posa – were released in a joint Octagon and Viking effort, although the Whitman and Frank Ifield falsetto of ‘China Doll’ didn’t particularly enthral Viking A&R director Ron Dalton.