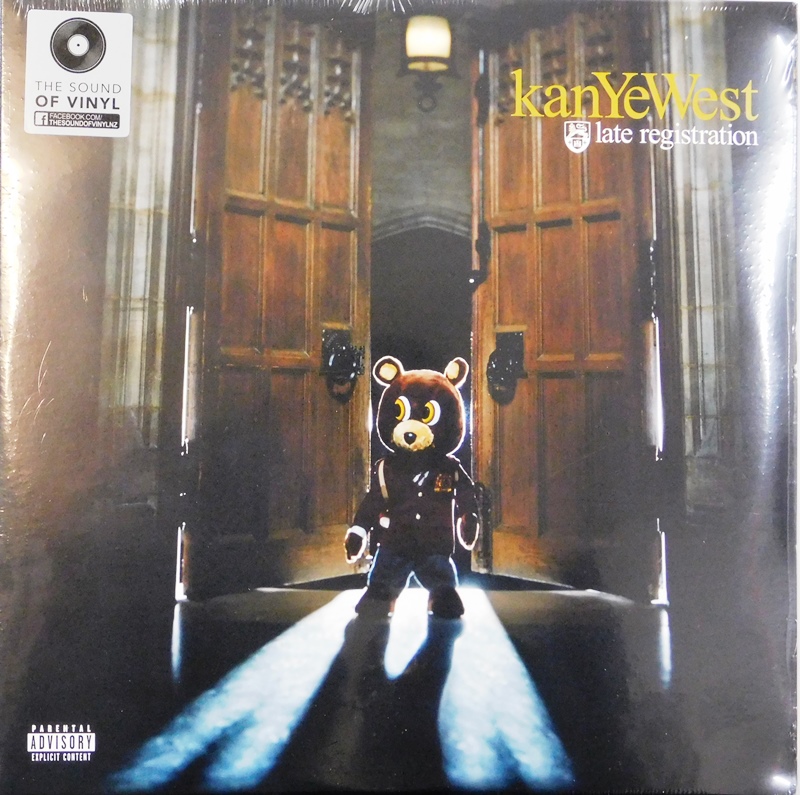 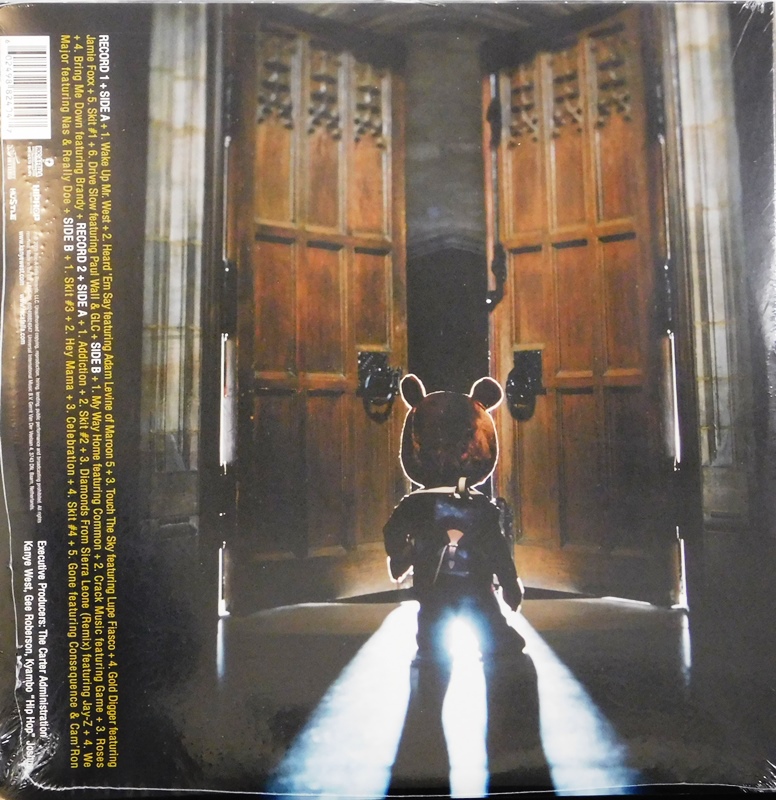 Late Registration is the second studio album by American rapper and producer Kanye West. It was released on August 30, 2005, by Def Jam Recordings and Roc-A-Fella Records.

The album was recorded for over a year in sessions held across studios in New York City and Hollywood, with West collaborating with American record producer and composer Jon Brion. It features guest contributions from Adam Levine, Lupe Fiasco, Jamie Foxx, Common, Jay-Z, Brandy, and Nas, among others. Its production was notably more lush and elaborate than West's 2004 debut album The College Dropout, as he utilized intricate sampling methods and string orchestration with Brion. The rapper's lyrics explore both personal and broader political themes, including poverty, drug trafficking, racism, healthcare, and the blood diamond trade.

In its first week of release, Late Registration debuted at number one on the Billboard 200 chart and sold 860,000 copies. It eventually reached sales of over 3.1 million copies in the United States and has been certified triple platinum by the Recording Industry Association of America. Five singles were released to market the album, including the international hits "Touch the Sky", "Heard 'Em Say", and "Gold Digger", the latter of which topped the Billboard Hot 100. Music videos for all five singles were also produced, while West supported the album with a promotional concert tour, leading to the live album Late Orchestration.

Late Registration was also a widespread critical success. It earned West the 2006 Grammy Award for Best Rap Album and an Album of the Year nomination, while appearing at the top of several publications' year-end lists ranking the year's top albums. Rolling Stone  named it the best album of 2005, and later included it at number 118 on its 2012 list of the 500 Greatest Albums of All Time.