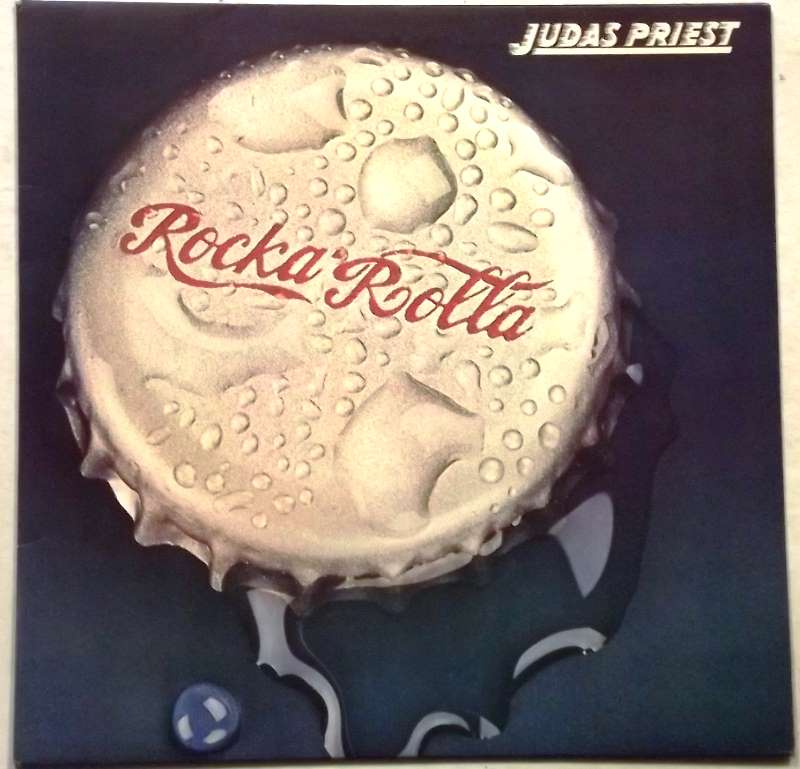 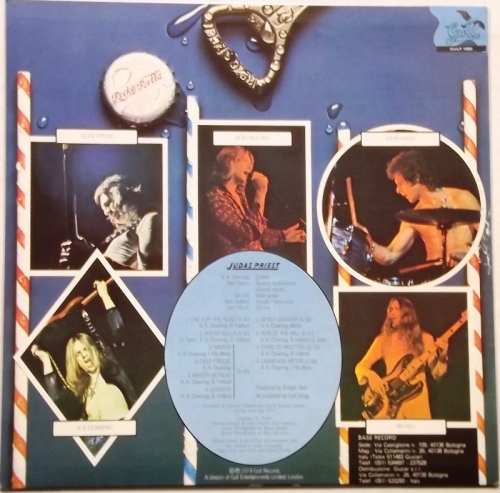 Rocka Rolla is the debut studio album by British heavy metal band Judas Priest, released on 6 September 1974 by Gull Records. It was produced by Rodger Bain, who had made a name for himself as the producer of Black Sabbath's first three albums. It is the only album to feature drummer John Hinch.

According to the band, the album was entirely played live, in studio (i.e. all musicians playing simultaneously as in a concert, vs. the more popular method of each musician's parts being recorded separately and then mixing them).[1]

According to the band there were technical problems in the studio, resulting in poor sound quality and a hiss through the album. Guitarist Glenn Tipton had just joined when recording of Rocka Rolla began and did not contribute any songwriting except on the title track and "Run of the Mill". He did come up with the songs "Tyrant", "Epitaph", and "Ripper", but Bain considered them not commercial enough and rejected them. Bain also rejected the concert staple "Whiskey Woman" which later, with contributions from Tipton, morphed into "Victim of Changes". These songs were eventually all included on their next album, Sad Wings of Destiny. In addition, "Winter", "Deep Freeze" and "Winter Retreat" form a suite, but are listed as separate tracks and divided as such on the CD release.

"Dying to Meet You" contains a clear break before an unlisted song (often known as "Hero Hero") begins. It may be possible that the record company insisted on there being ten tracks on the album and would not allow for one more. Alternatively, this unlisted song may simply be the second half of "Dying to Meet You", as this is how the lyrics were printed on their 1978 Best of... compilation.

Several of the songs on the album feature contributions from the band's previous frontman Al Atkins and had been regular parts of their live performances in Manchester, where the band had achieved a cult following during the previous few years. The track "Caviar and Meths" was originally a 14-minute effort penned by Atkins, Downing, and Hill but due to time constraints, only the intro was recorded for the album. A longer version of the song appears on Atkins's 1998 album Victim of Changes. Though not the full-length version, it is notably longer at seven minutes. That album also contains covers of "Winter" and "Never Satisfied".

At this point of the band's career, they had not yet developed their signature look of leather and studs. They had appeared on a British television programme called The Old Grey Whistle Test in 1975, performing "Rocka Rolla" and "Dreamer Deceiver", and their wardrobe was very "hippified" as journalist Malcolm Dome put it. This footage was included on the Electric Eye DVD. In addition, the album is more blues/hard rock oriented than their later releases,[2] and also has some slight progressive rock influences that would continue through to Stained Class, but to a lesser extent, and would be abandoned in later releases. This makes the album's style virtually unrecognizable when compared with later Priest albums, although "Rocka Rolla" does feature dual guitars and "Run of the Mill" is the first song that was explicitly designed for Halford's, rather than Atkins', vocal range.

Drummer John Hinch would be dismissed in 1975 before the next record was recorded. Tipton would later refer to him as being "musically inadequate" for the band's future plans. 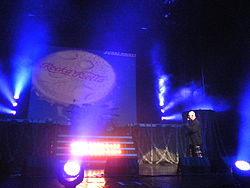 Rob Halford made a brief explanation before performing "Never Satisfied" during the Epitaph Tour, as there were "a few blank stares" from the audience while performing the song.[3]

The album was reissued in 1987 with a different cover. The original "bottle cap" album cover art was initially intended by designer John Pasche for use with an unspecified Rolling Stones album. The band had filed a lawsuit with the Coca-Cola company.[4] The re-issue cover art (by artist Melvyn Grant, and originally used as the cover for the novel The Steel Tsar) was also used for the US cover of Ballistix for the TurboGrafx-16 and Commodore Amiga.[citation needed]

Most of the songs from Rocka Rolla have not been performed by Judas Priest live since the mid-late 1970s, although Halford's solo band performed "Never Satisfied" during live shows in 2003, and the same song was part of the setlist of the Epitaph World Tour.

The tour for Rocka Rolla was Judas Priest's first international tour[5] with dates in Germany, Holland, Norway and Denmark including one show at Hotel Klubben[6] in Tønsberg, one hour from Oslo, Norway which scored them a somewhat negative review in the local press.[7]