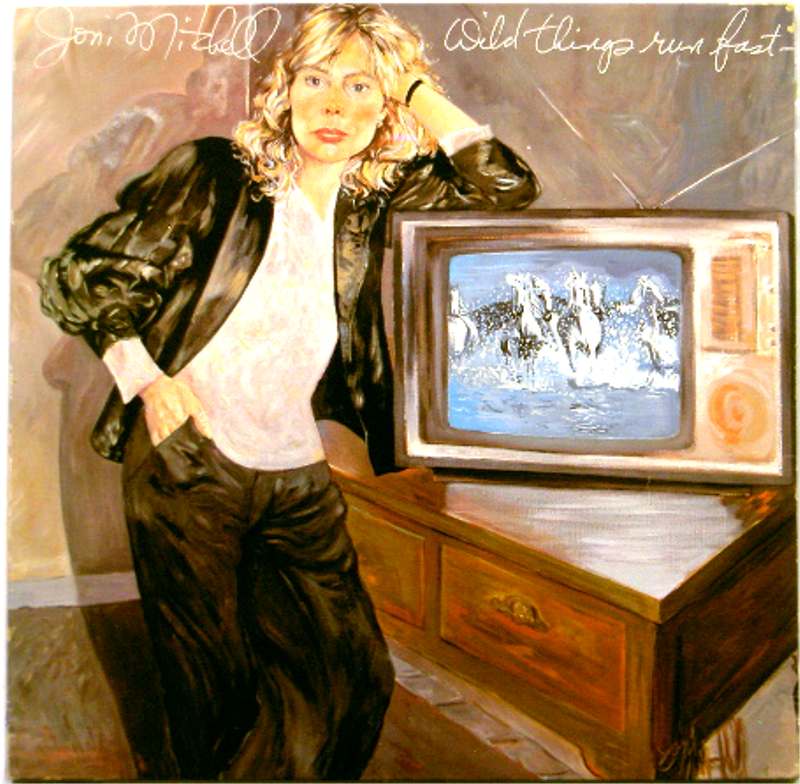 Wild Things Run Fast is Canadian singer-songwriter Joni Mitchell's 11th studio album and her first of four for Geffen Records. Released in 1982, it represents her departure from jazz to a more 1980s pop sound. This was her first album to work with bassist Larry Klein, whom she married in 1982. Klein would play bass on and co-produce her next four albums.

The resulting world tour took Mitchell through the U.S., Europe, Asia and Australia. A video of the tour was released in 1983, entitled Refuge of the Roads. The recorded performances were not performed in front of a live audience, but rather recorded live in a studio once the tour had been completed, with applause dubbed-in in post-production. There was also some Super 8 footage taken by Mitchell on the road. It has since been released on DVD.

Mitchell claimed that her inspiration for the album came from hearing the music of popular bands such as Steely Dan, Talking Heads and The Police at a discothèque during a trip to the Caribbean in 1981. She said that hearing The Police, especially, affected her sound, saying, "their rhythmic hybrids, and the positioning of the drums, and the sound of the drums, was one of the main calls out to me to make a more rhythmic album".[4]