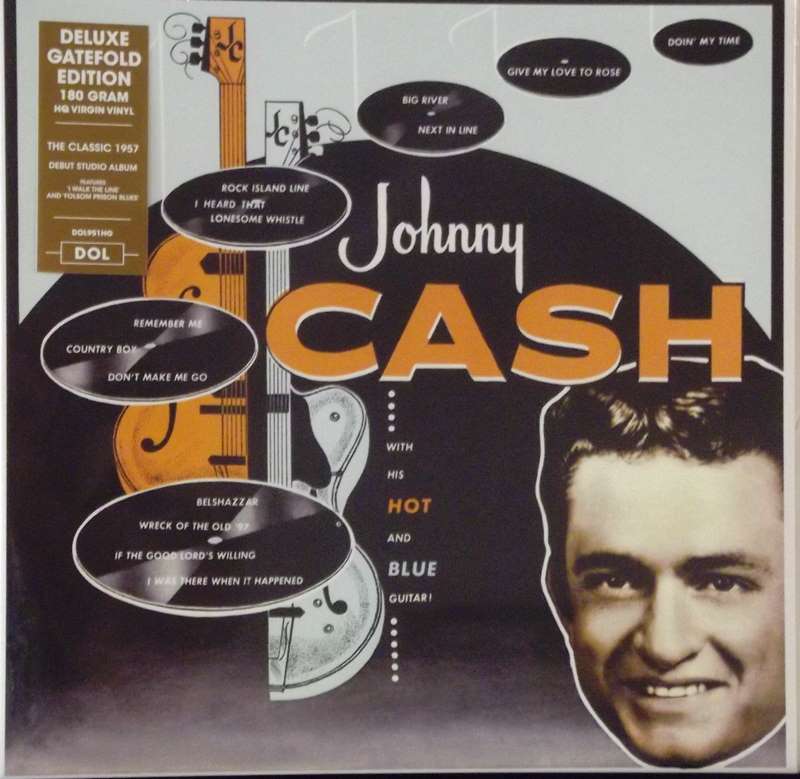 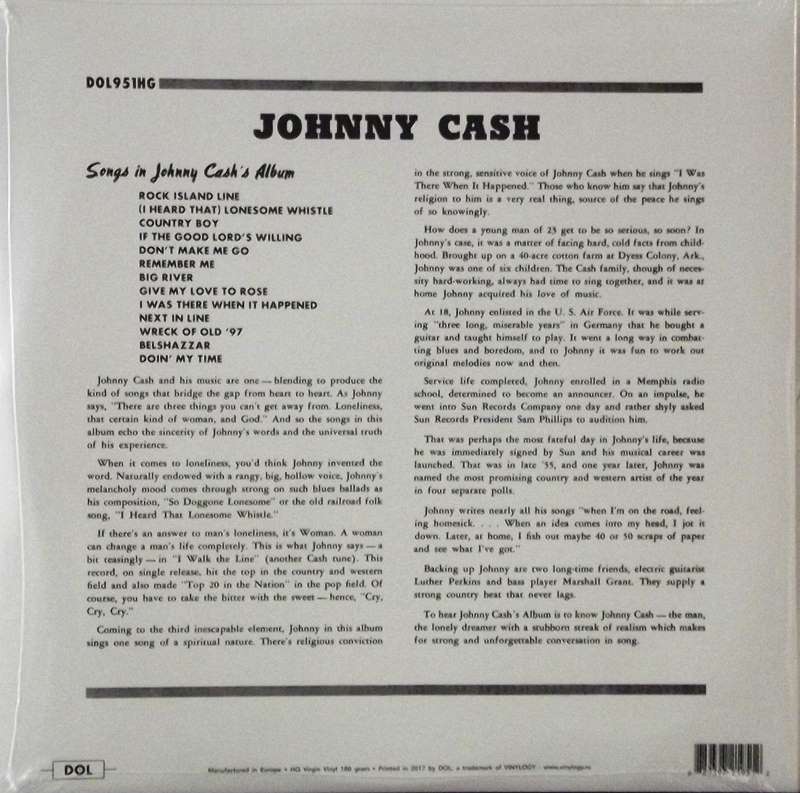 With His Hot And Blue Guitar

Johnny Cash with His Hot and Blue Guitar is the debut album of the iconic  country singer. Released in 1957, it was the first LP ever issued on Sam  Phillips' Sun Records label. The album has been remastered and reissued on  Premium Quality Black vinyl for at Record Industry in the Netherlands.

Johnny Cash and his music are one--blending to produce the kind of songs that  bridge the gap from heart to heart. As Johnny says, "There are three things you  can't get away from. Loneliness, that certain kind of woman, and God." And so  the songs in this album echo the sincerity of Johnny's words and the universal  truth of his experience.

When it comes to loneliness, you'd think Johnny invented the word. Naturally  endowed with a rangy, big, hollow voice, Johnny's melancholy mood comes through  strong on such blues ballads as his composition, "So Doggone Lonesome" or the  old railroad folk song, "I Heard That Lonesome Whistle."

If there's an answer to man's loneliness, it's Woman. A woman can change a man's  life completely. This is what Johnny says--a bit teasingly--in "I Walk The Line"  (another Cash tune). This record, on single release, hit the top in the country  and western field and also made "Top 20 in the Nation" in the pop field. Of  course, you have to take the bitter with the sweet--hence, "Cry, Cry, Cry."

To hear a Johnny Cash album is to know Johnny Cash--the man, the lonely dreamer  with a stubborn streak of realism which makes for strong and unforgettable  conversation in song.