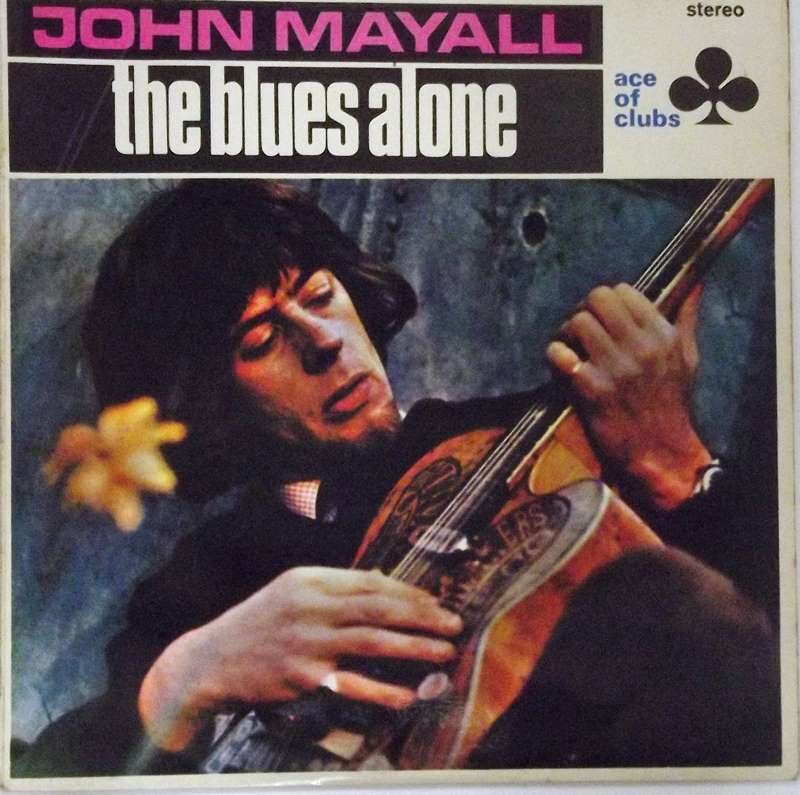 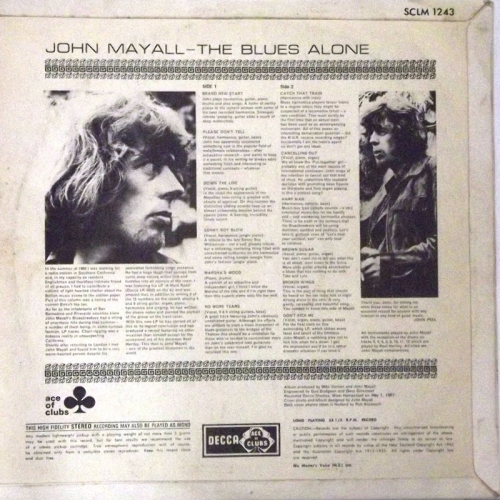 The Blues Alone is a 1967 Electric Blues album recorded by John Mayall. On this album he chose to record all the parts himself with the exception of percussion, which was provided by longtime collaborator Keef Hartley.

The cover art and the original LP sleeve design are by John Mayall. Sleeve notes, including track notes, were written by noted DJ John Peel. The following quote is of interest regarding the album concept.

I was featuring his LP A Hard Road on the air and was amazed that, in addition to writing 8 of the 12 numbers on the record, playing 5 [sic] and 9 string guitar, organ, piano, harmonica and singing, he had written the sleeve notes and painted the portrait of the group on the front cover.
With this new LP he has carried all of this to its logical conclusion and has produced a record featuring no other musician than himself except for the occasional aid of his drummer Keef Hartley.