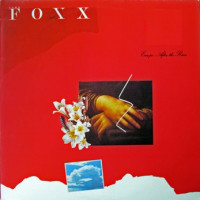 Europe After The Rain

"Europe After The Rain" is the title of a John Foxx song, released as a single in August 1981, and included on The Garden album released later the same year.

The song signalled a departure from Foxx's previous solo work which had focused on a sparse electronic sound whereas Europe After The Rain features a warmer sound, using acoustic and electric guitars, acoustic piano and live drums to produce the music. The bass and string sounds were however produced by a synthesiser. Foxx has several times stated that this change in musical direction was caused by a visit to Italy after the Metamatic period, where he worked with director Michaelangelo Antonioni for the soundtrack of his film Identification of a Woman.[1]

Although the single only reached no. 40 in the UK Singles Chart,[2] Foxx performed the song on UK music show Top of the Pops where Foxx's new more romantic style was presented in the clothes and setting to accompany the performance in stark contrast to that of "Underpass" on the same show some eighteen months previously.[3] For this performance Foxx was seen playing acoustic guitar, flanked by three other musicians on piano and keyboards. These musicians were Eddie and Sunshine and Duncan Bridgeman of the band Shake Shake, who had collaborated with Foxx in writing B-side "A Long Time" in 1980.[4]