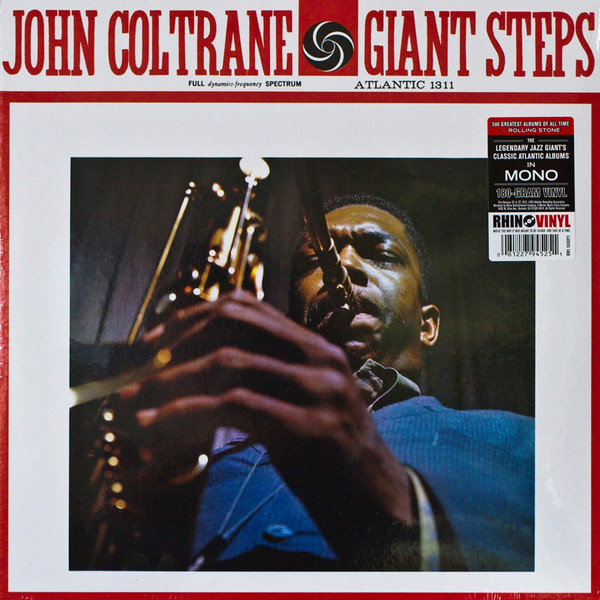 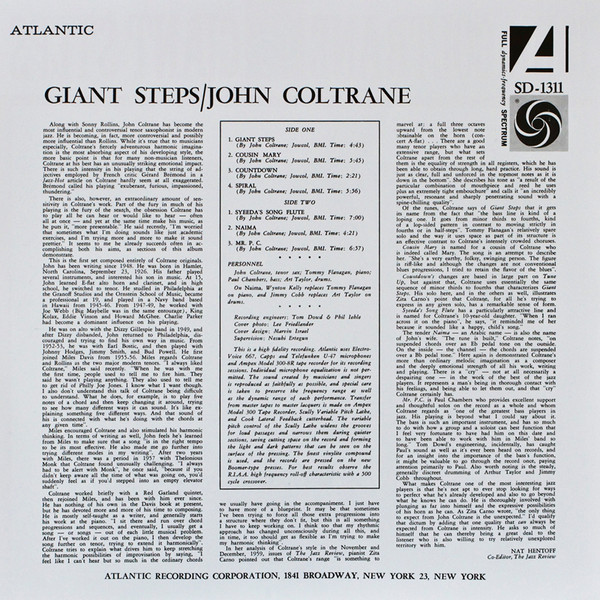 Giant Steps is the fifth studio album by jazz musician John Coltrane as leader. It was released in February 1960 on Atlantic Records.[1][2][3] This was his first album as leader for Atlantic Records, with which he had signed a new contract the previous year. The record became highly influential on other jazz musicians. Many of its tracks have become practice templates for jazz saxophonists.[5][6] In 2004, it was one of fifty recordings chosen that year by the Library of Congress to be added to the National Recording Registry. It attained gold record status in 2018, having sold 500,000 copies.[7]

Two tracks, "Naima" and "Syeeda's Song Flute", are respectively named after Coltrane's wife at the time and her daughter, whom he adopted. A third, "Mr. P.C.", takes its name from the initials of bassist Paul Chambers, who played on the album. A fourth, "Cousin Mary", is named in honor of Mary Lyerly, Coltrane's younger cousin.