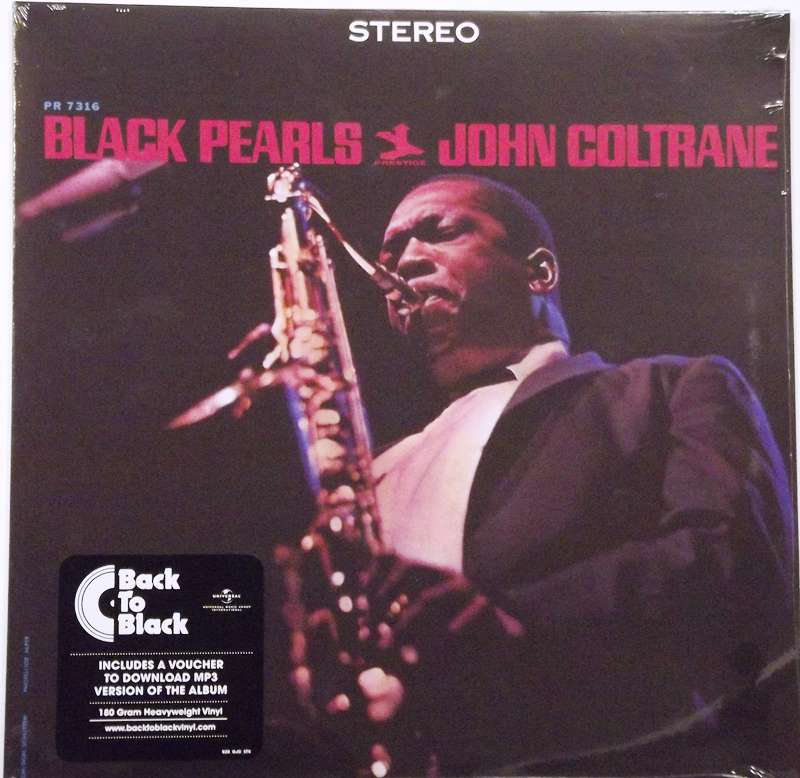 Brand new sealed 180 gram vinyl with a free digital download. Made in EU.

Black Pearls is an album credited to jazz musician John Coltrane, released in 1964 on Prestige Records, catalogue 7316. It is assembled from the results of a single recording session at the studio of Rudy Van Gelder in Hackensack, New Jersey. As Coltrane's fame grew during the 1960s long after he had stopped recording for the label, Prestige used unissued recordings to create new marketable albums without Coltrane's input or approval.

On that Friday session, "the songs weren't long enough for a whole album", recalled producer Bob Weinstock in 2001, "so I said Let's do a slow blues to finish it out." Coltrane invited Weinstock to write the song on the spot, but he didn't know music, so Coltrane replied "Just tell me what you want me to play. Should it go like this?" and he would play some notes. After having played a rough melody, he'd say "Okay, you wrote it." That was the genesis of "Sweet Sapphire Blues".[3]