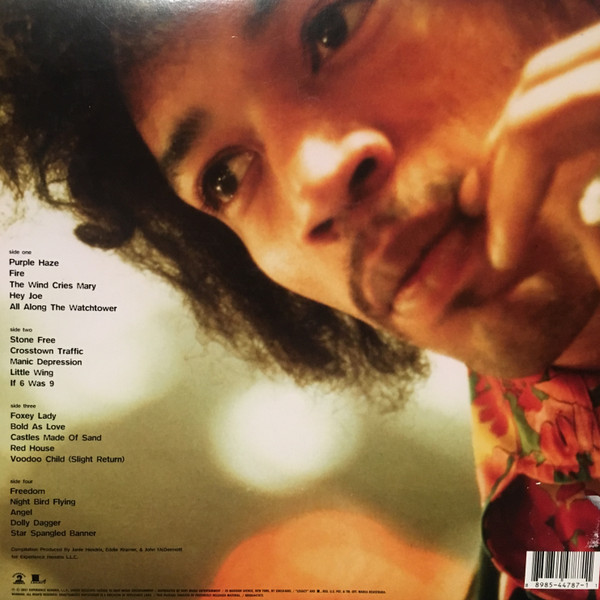 Experience Hendrix: The Best of Jimi Hendrix is a compilation album of songs by American rock musician Jimi Hendrix, released in 1997 by Legacy Recordings. The double LP collects 20 songs spanning his career, from his first recordings with the Jimi Hendrix Experience in 1966 to his last with Billy Cox and Mitch Mitchell in 1970.

Experience Hendrix is the first comprehensive collection of Hendrix's songs overseen by Experience Hendrix, a family company that took over management of his recording legacy in 1997. Fifteen songs with the Experience are included, as well as five with Hendrix's later groups, often referred to as "Gypsy Suns and Rainbows" and the "Cry of Love touring band". No songs from the Band of Gypsys lineup with Buddy Miles are included.[1]