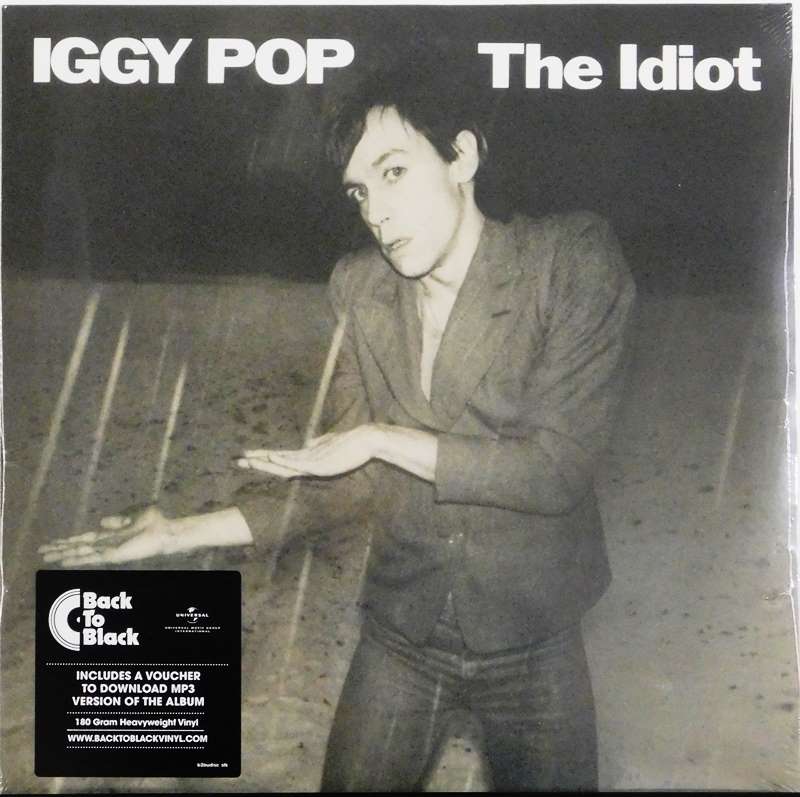 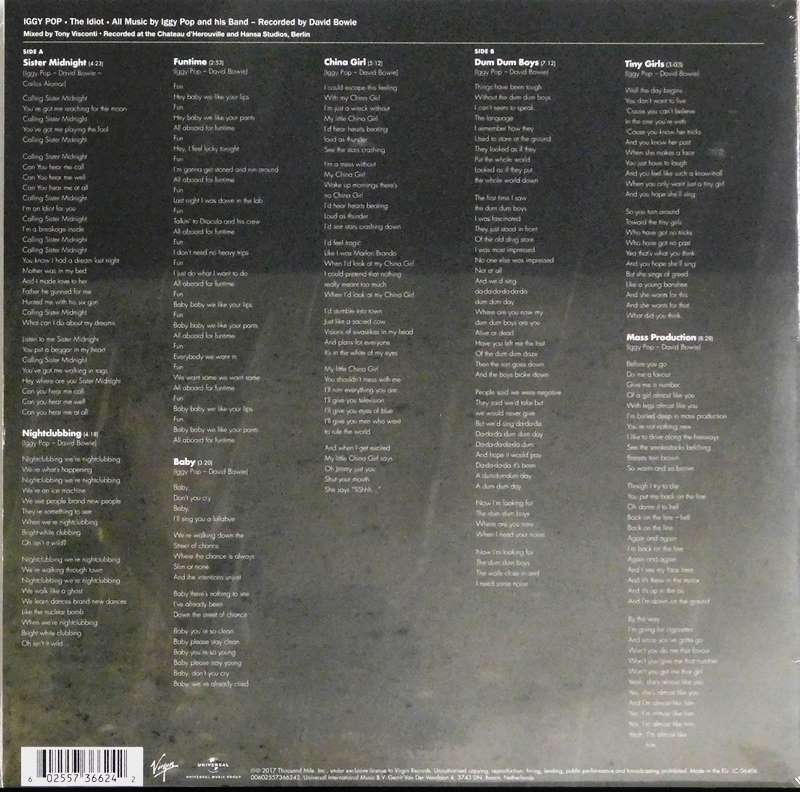 The Idiot is the debut solo album by American musician Iggy Pop, released on March 18, 1977 by RCA Records. It was the first of two albums that Pop wrote and recorded in collaboration with David Bowie, who is credited as producer. The sessions for the album began before the recording of Bowie's 1977 album Low; as a result, The Idiot has been called the unofficial beginning of Bowie's Berlin period.[5]

Described by Pop as "a cross between James Brown and Kraftwerk,"[6] The Idiot marked a departure from the guitar-based proto-punk of his former band the Stooges, and has been compared with Bowie's "Berlin Trilogy" of albums in its electronic sounds and introspective atmosphere.[7][8] Its title was taken from Fyodor Dostoevsky's novel of the same title, three of the participants in the recording — Bowie, Pop, and Tony Visconti — being familiar with the book.[9]

The Idiot received critical acclaim upon its release, and is regarded by many as one of Pop's best works; however, it is not generally considered representative of his output. It was accompanied by the singles "Sister Midnight" and "China Girl," the latter later covered by Bowie in 1983. The album has been characterized as a major influence on subsequent post-punk, industrial, and gothic artists.[6][10]