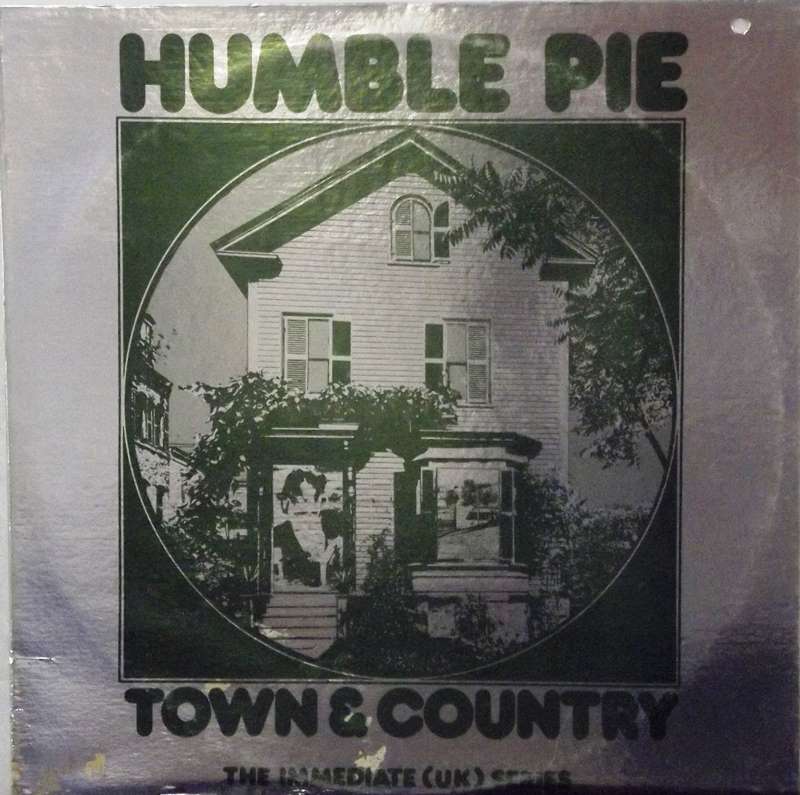 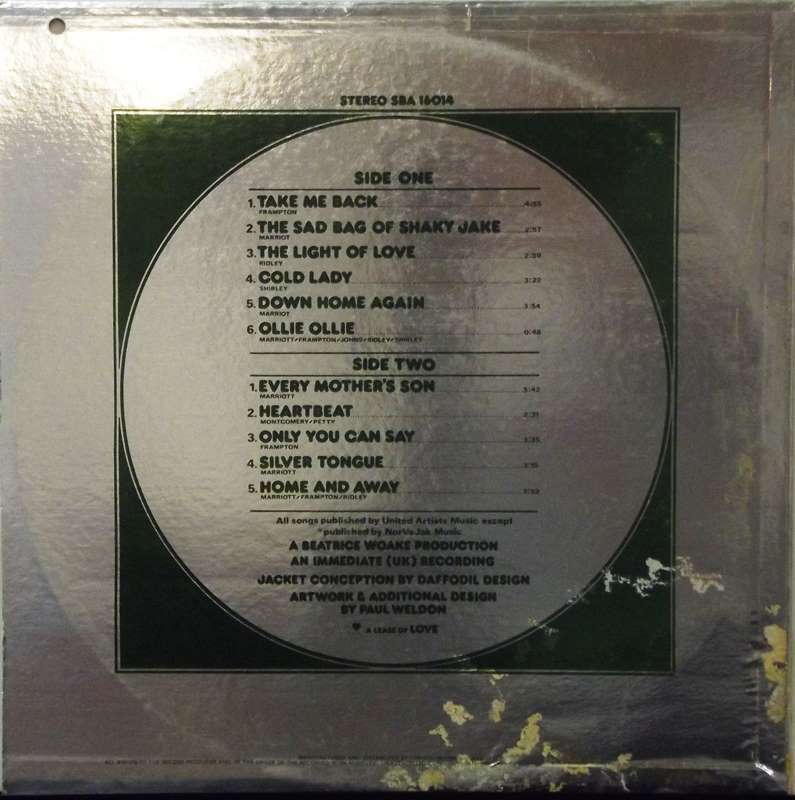 "Town and Country" was Humble Pie's second studio album, released in August 1969, in the UK only.

Conceived at Steve Marriott's 16th century "Arkesden" cottage in Moreton, Essex, England, "Town and Country" offered different approach for Humble Pie. The finished LP was a departure from the "heavy" sound prevalent on Humble Pie's first album. Humble Pie's effort blended these elements into a tasteful, and very listenable, record. The disc, a definite improvement over their first LP, "As Safe As Yesterday Is", bolstered the group's reputation, despite their record company's woes, and disappointing sales. Immediate Records rushed the album into UK record shops in the Fall of 1969, hoping the record would enter the charts before the company went bankrupt. However, with no promotional budget to promote it, the album quickly sank without a trace. The LP wasn't released in the US, at that time, although the band was on its first American tour when the album was released, but it got a lot of attention on underground FM stations.

All four members of the band contributed songs. On the recordings, Peter Frampton contributed acoustic, Spanish, and lead guitars, Steve Marriott played guitar, sitar, percussion and keyboards, and took a turn on bass. Greg Ridley also contributed guitar and tambourine, while Jerry Shirley handled not only his drum kit, but added a percussion saw on the first cut, and as well as tambourine, tablas, and maracas, and Wurlitzer piano on his own composition.

Two of the more memorable tracks were a cover of the classic Buddy Holly song "Heartbeat" and the notable Marriott composition "Every Mother's Son". Most, if not all, of the material dated back to recordings in the spring and early summer of 1969, when the band recorded more than two albums' worth of material Legal wrangling with Frampton's old management had delayed a release until August; the band hit the road for the last half of the year, to practice their chops live, and generate interest with the record-buying public.

Like the band's early live shows, which opened with an acoustic set, before returning to rock out with electric guitars, in the second half of the show, "Town And Country" displayed an eclectic mix of acoustic ballads, country-rock, folk and blues, with a couple of hard rock songs to balance it out. After this album, Humble Pie returned to what would become their trademark "heavy" sound. Following Frampton's departure, in 1971, the band would continue in the "boogie rock" vein, until the remaining and replacement members disbanded in 1975. Although Marriott revived the band in the 80's, Humble Pie never again enjoyed wide popularity. With Steve Marriott's death, in 1991, at age 44, the story came to an end. Humble Pie fans would have to rely on the few albums the band recorded.

The album was produced by Andy Johns younger brother of famed producer, Glyn Johns, who also worked at the Olympic Studios where the record was made.