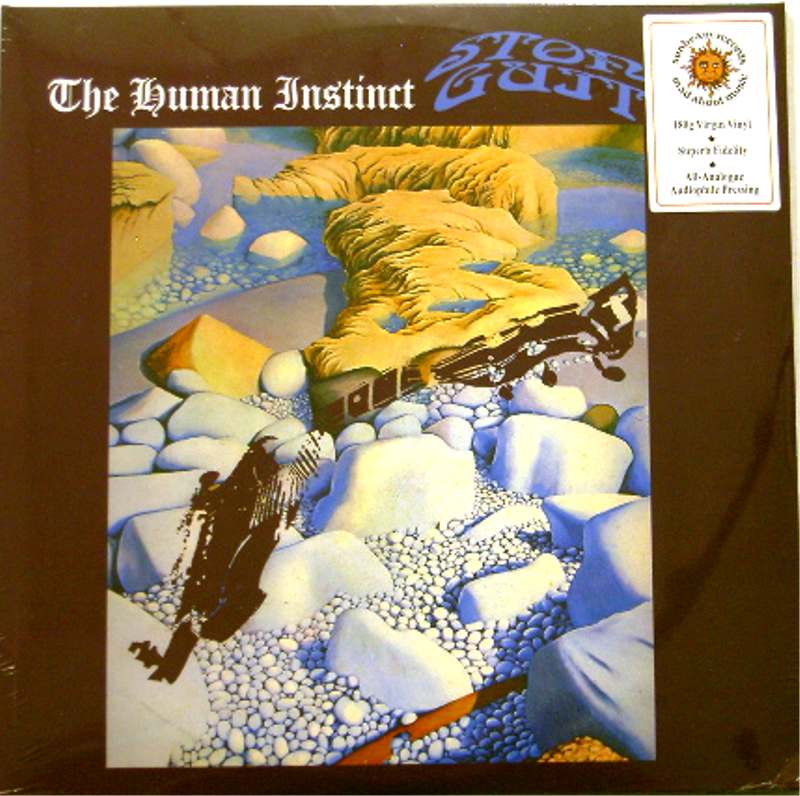 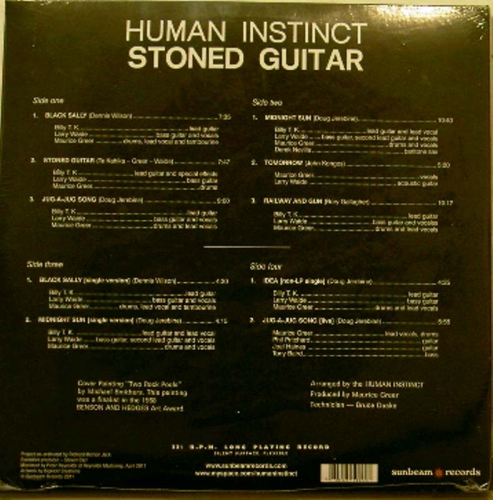 Stoned Guitar is the second album by New Zealand blues-rock band The Human Instinct. It was released in 1970. The cover features an adaptation of a painting by New Plymouth artist Michael Smither, "Two Rock Pools".

"Black Sally" was a cover of a March 1970 single by Sydney band Mecca, which featured singer/guitarist Dennis Wilson (no relation to Dennis Wilson of The Beach Boys) and bassist Bob Daisley, who formed Kahvas Jute in June 1970.[2]

"Tomorrow" was a cover of "Tomorrow I'll Go" by John Kongos, whom Maurice Greer had befriended in London. Kongos's own version of the song later appeared on his Kongos album in 1972.

The original release stated that the album's closing track, a cover of Rory Gallagher's "Railway and Gun", was recorded live at Auckland's Bo-Peep Club, where the band had a residency. However, in the liner notes of the 2011 reissue Maurice Greer disclosed that the track was merely a studio recording with crowd noise overdubbed in order to simulate a "live" recording.

Two singles were released from the album: an edited version of "Black Sally" b/w "Tomorrow", and an alternative mix of "Midnight Sun" b/w "Idea" (a non-album track composed by Doug Jerebine and also known as "Keep Cool").

The album was reissued on CD in 2001 by Ascension Records, in 2007 by Rockadrome Records, and again in 2011 by Sunbeam Records