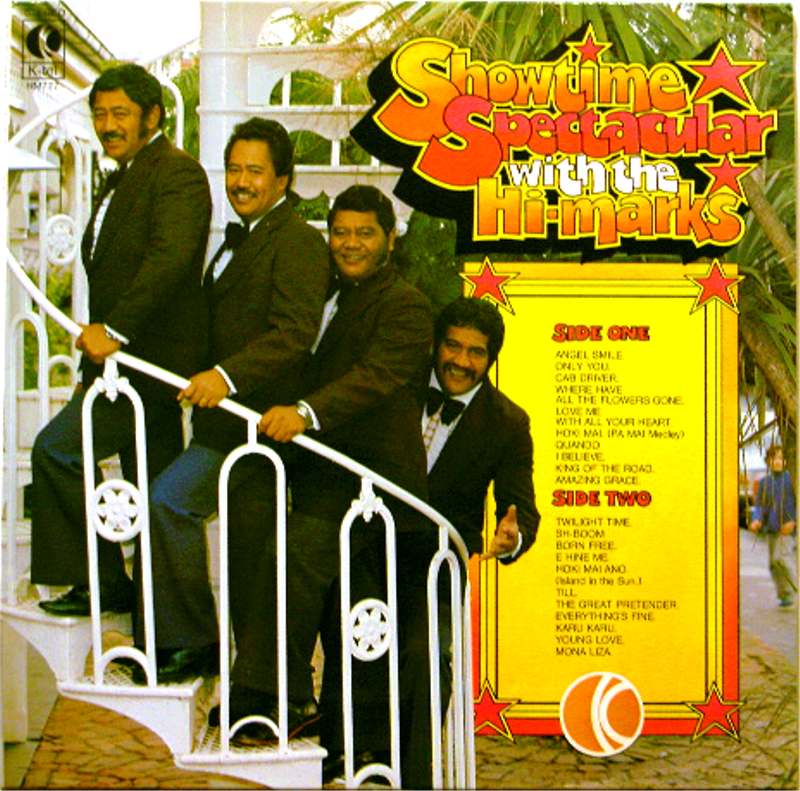 Showtime Spectacular With The Hi-Marks

The Hi-Marks comprised three brothers - Hayward, George, Ellington ‘Butch’ Ruka, and their nephew John Ruka. The group was originally formed in Auckland and this group eventually became a top concert group. The Hi-Marks concentrated mainly on reviving songs by The Platters and The Mills Brothers as well as their own traditional Maori music.The Hi-marks entered talent quests – always finishing with a placing and around Christmas they would appear in several cabarets around Auckland. Appearances on Television followed with spots on ‘Club Show’ and ‘Telethon’.Showtime Spectacular (1979) was their first album.