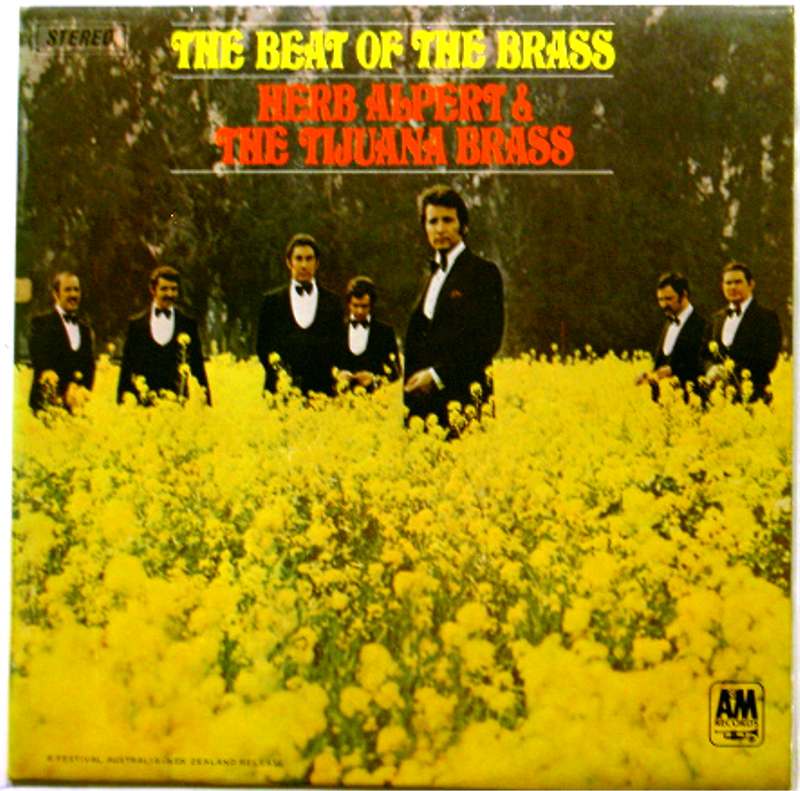 The Beat of the Brass

The album was released on the heels of a television special by the same title (telecast April 22, 1968 over CBS). Tom Mankiewicz, who wrote the special, also provided two paragraphs of liner notes for the album. Explaining the concept behind the album, Mankiewicz writes, "The beat of America is more than a musical experience. It finds its pulse and rhythms in the very life of the country: the crack of a bat against a baseball, the spinning wheels and pounding machinery of a modern factory, a swinging crowd in New Orleans at Mardi Gras, a saddle twisting desperately against his rider..."[2]

It includes Alpert's only major vocal hit, "This Guy's In Love With You", which became an overnight success due to its inclusion during the special, in a sequence featuring Herb and his (first) wife, Sharon.

The album was reissued on CD by Shout! Factory on August 16, 2005. It was reissued again on CD and various download services by Alpert's own label, Herb Alpert Presents