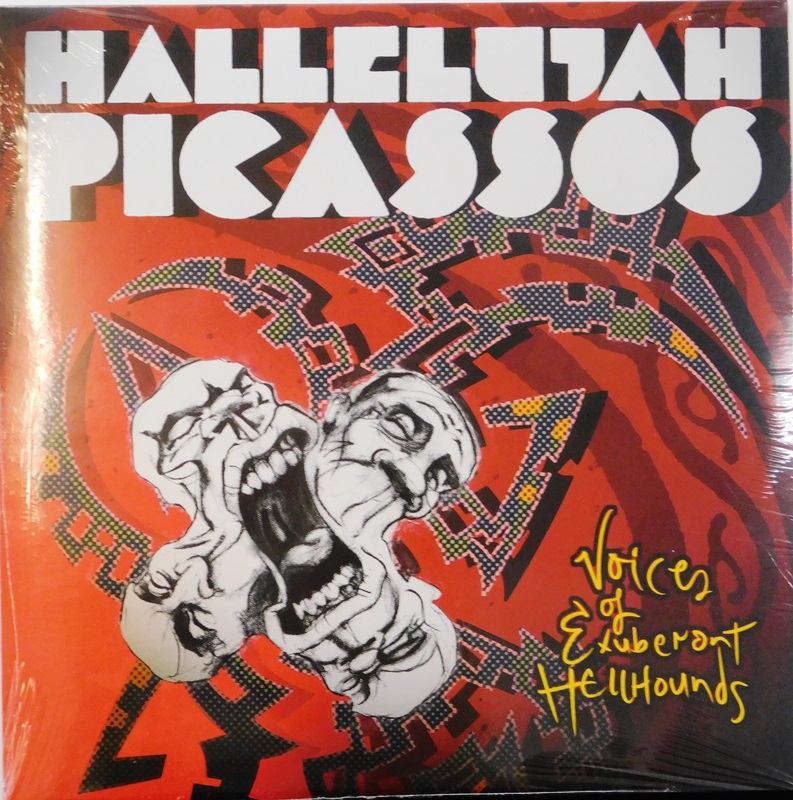 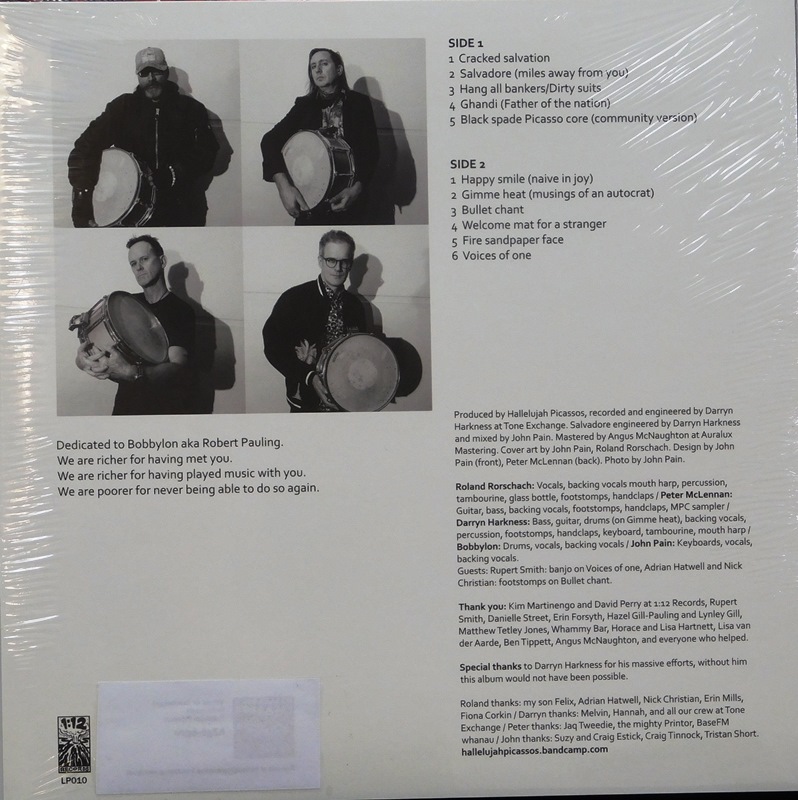 ollowing their reissues in 2011/2012, Hallelujah Picassos returned to the live scene, playing a handful of shows with the likes of Drab Doo Riffs, Bloodbags. Loud Ghost, and Labretta Suede and the Motel 6. The band continued onwards, writing some new music. After a series of singles, the fruits of their labours have finally come together on this LP.
Here then is proudly presented Voices of Exuberant Hellhounds, another chapter in the gospel of Hallelujah Picassos, building their own mythology.
Songs are inspired by Hymns, Psalms, Chants and Mantras with a secular perspective slant  and inspiration from certain styles, woven into a twisted narrative with one constant: Rorschach’s melancholic vocals.
We have tunes about the Peasants from a Bruegel painting, the sculptures of Xavier Messerschmitt, immigration, and bankers.
The album is another example of Interpretive Expressionistic Variationism and should be seen as body of work with dramatically interconnected songs - the aim is to show the album as whole body of work rather than individual songs, with a continuity and a common denominator. Even though they sound different, they are tied together to create a narrative.
The album features the last recordings from the band’s drummer Bobbylon, who passed away in May 2018. The album is dedicated to him.
The band will be playing electronic versions of the album at the release party at Whammy Bar on June 14th. Albums, t-shirts and other items will be available for sale.​
The album comes with a free digital download that includes 4 extra bonus tracks
Written and produced by Hallelujah Picassos, recorded and engineered by Darryn Harkness at Tone Exchange. Salvadore engineered by Darryn Harkness and mixed by John Pain. Mastered by Angus McNaughton at Auralux. Cover art by John Pain, Roland Rorschach.
TRACK LISTING
1 Cracked salvation 2 Salvadore (miles away from you) 3 Hang all bankers / Dirty suits 4 Ghandi (Father of the nation) 5 Black spade Picasso core (community mix) 6 Happy smile (naive in joy) 7 Gimme heat (musings of an autocrat) 8 Bullet chant 9 Welcome mat for a Stranger 10 Fire sandpaper face 11 Voices of One