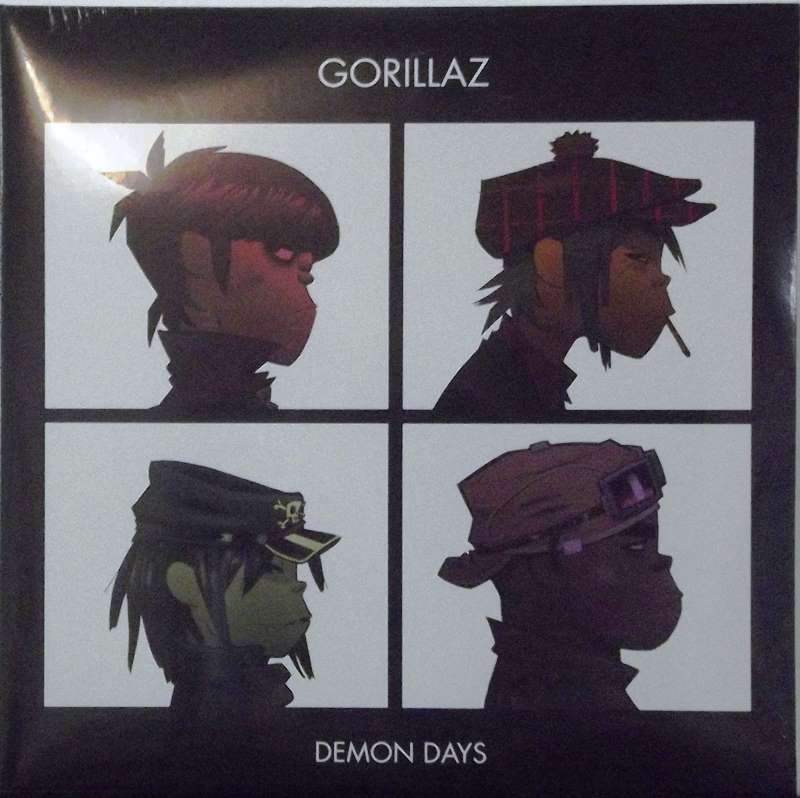 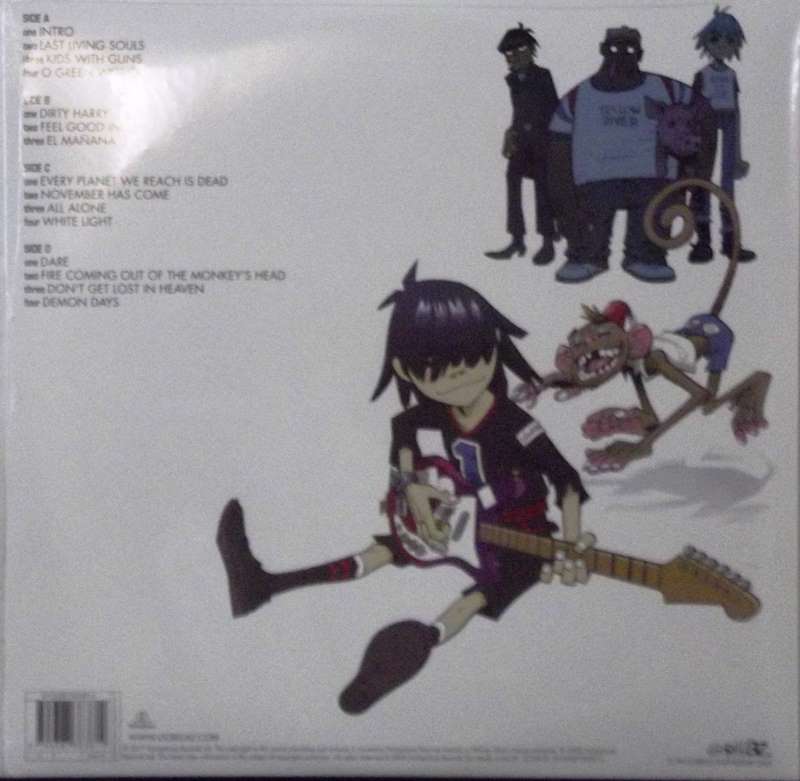 Demon Days entered the UK charts at number 1, the US charts at number 6, and the Euro charts at number 1,[1][2][3] Demon Days went six times platinum in the UK and double platinum in the US. Outperforming the band's debut album the album has sold eight million copies worldwide.[4][5]The album features the singles "Feel Good Inc.", "DARE", "Dirty Harry", "Kids with Guns", and "El Mañana". As with their debut album, the release of Demon Days and its respective live performances were both accompanied by various multimedia. These included interactive features on the Gorillaz website, a total of four animated music videos, virtual interview sessions with the band and animatics for each song. Almost all of the visuals associated with the album were designed by Gorillaz co-creator Jamie Hewlett as his design company, Zombie Flesh Eaters.