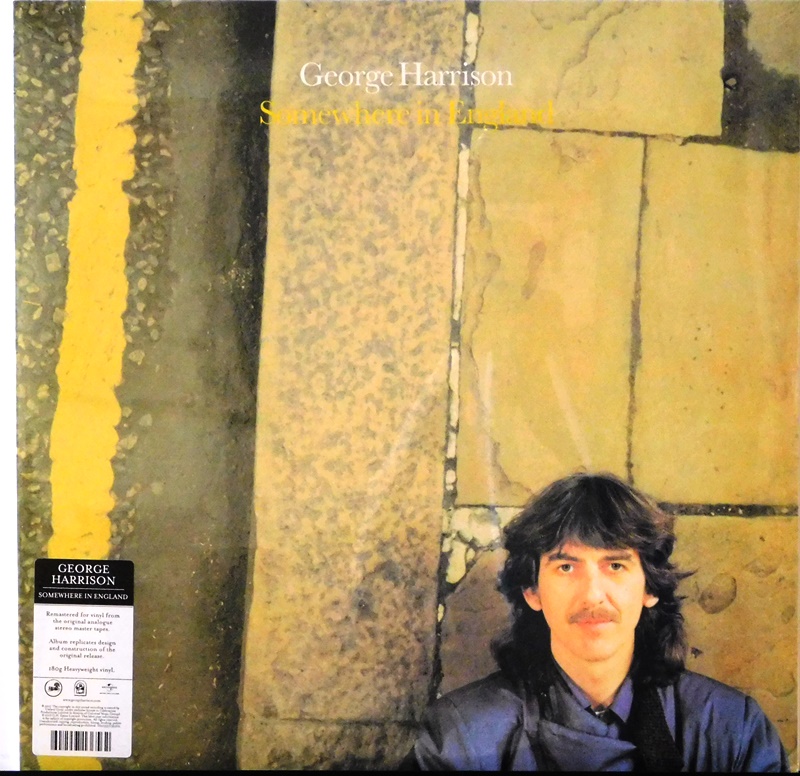 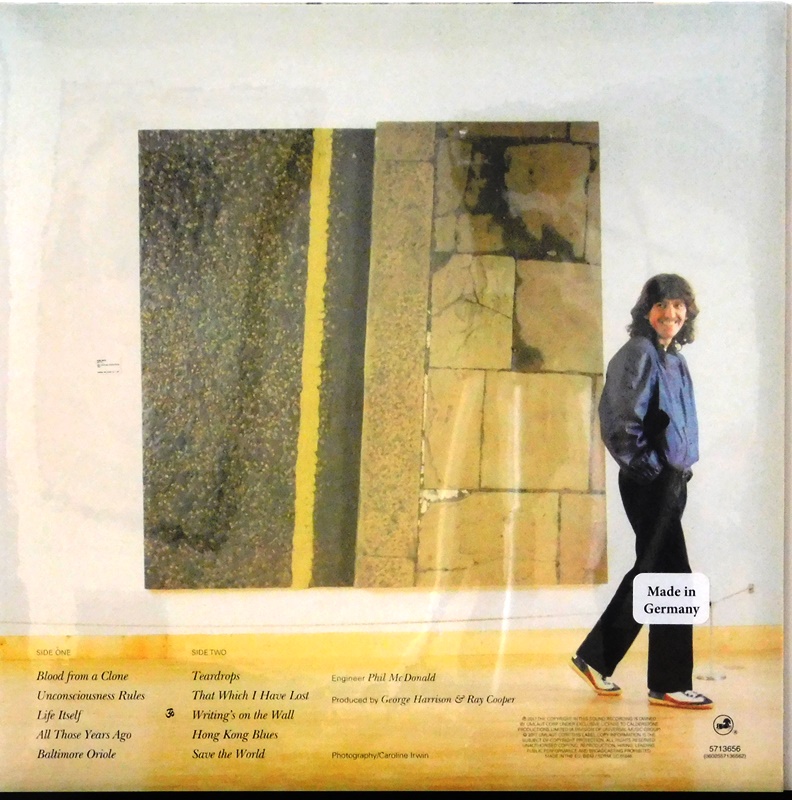 Somewhere in England is the ninth studio album by English musician George Harrison, released in June 1981 by Dark Horse Records. The album was recorded as Harrison was becoming increasingly frustrated with the music industry. The album's making was a long one, during which conflicts with Warner Bros. Records arose. Somewhere in England was the first Harrison album to be released after the murder of his former Beatle bandmate John Lennon; the lyrics of its first single, "All Those Years Ago", pay tribute to Lennon.

Harrison began recording Somewhere in England in March 1980 and continued sporadically,[1] finally delivering the album to Warner Bros. Records, the distributor of his Dark Horse record label, in late September that year.[2] However, the executives at Warner Bros. rejected the album, feeling it was "too laid back" and not sufficiently commercial.  Harrison agreed to rework the album and to record new material. Harrison's original cover art, featuring his profile against a map of Great Britain, was also vetoed by Warner Bros.

Returning to the project in November, Harrison was joined in his Friar Park studio in Henley-on-Thames by Ringo Starr, who arrived specifically to have Harrison produce some songs for him. They recorded two Harrison originals – "Wrack My Brain" and "All Those Years Ago" – plus a cover of "You Belong to Me" for Starr's album Can't Fight Lightning (later released as Stop and Smell the Roses). The two other songs were completed but "All Those Years Ago" was left unfinished.[clarification needed] Starr later admitted that the key was too high for him to sing.[citation needed]

On 8 December 1980, John Lennon was shot dead outside his apartment building, the Dakota. After the shock and devastation of Lennon's murder, Harrison decided to utilise the unfinished recording of "All Those Years Ago". He changed the lyrics of the song to reflect the Lennon tragedy. With Starr's pre-recorded drum track in place, Harrison invited Paul and Linda McCartney, and their Wings bandmate Denny Laine, to record backing vocals in early 1981.

Along with "All Those Years Ago", three more songs were added to the album: "Blood from a Clone" (a criticism of the WB executives who had rejected his original album), "Teardrops" and "That Which I Have Lost". To make room for the new songs, Harrison elected to drop four tracks from the original line-up: "Tears of the World", "Sat Singing", "Lay His Head" and "Flying Hour". A new cover was then shot in the Tate Gallery in London, and Somewhere in England was resubmitted and accepted.