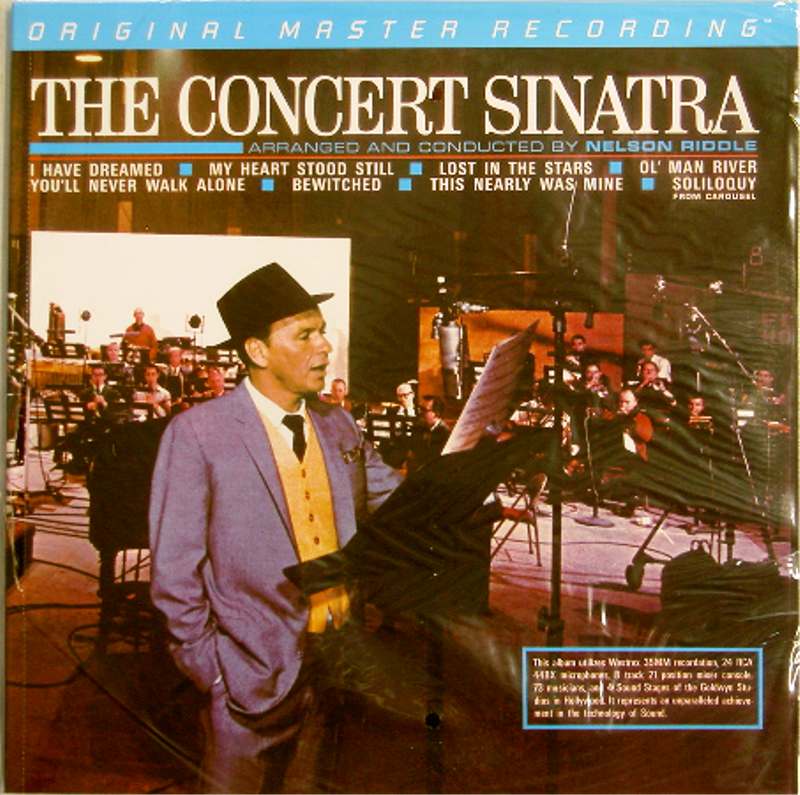 The Concert Sinatra is an album by American singer Frank Sinatra, released in 1963.

The title refers to the larger-than-normal orchestra Nelson Riddle gathered for this recording; it is not a documentation of a live performance. It was allegedly Nelson Riddle's favorite Reprise album[citation needed] and was originally recorded on 35mm film.

This album was reissued on January 17, 2012, fully remixed (for the first time since 1963) from the original 8-tracks,[4] on 35mm magnetic film sources, including 2 bonus tracks, "California" and "America the Beautiful".