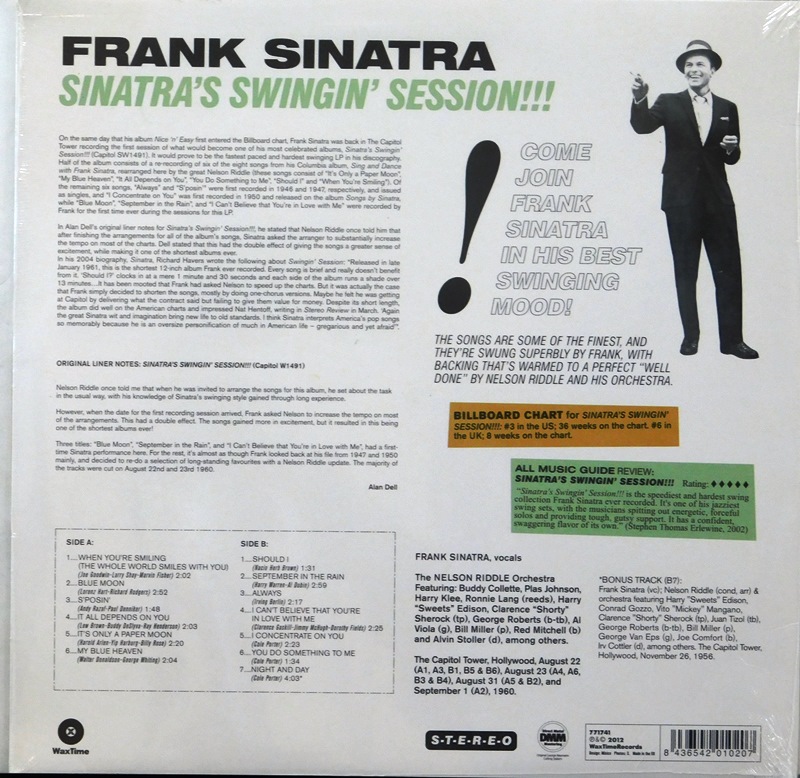 Six of the tracks on the album are re-recordings of a batch of songs that Sinatra had previously recorded on the Columbia album, Sing and Dance with Frank Sinatra.

It was released on compact disc as Sinatra's Swingin' Session!!! And More.