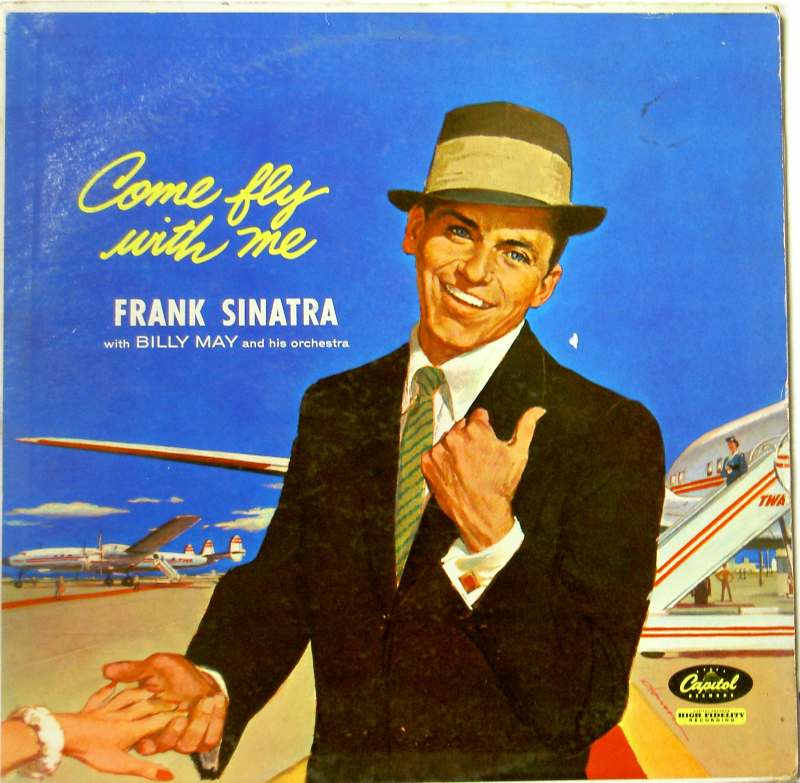 Come Fly With Me

Come Fly with Me is an album by American singer Frank Sinatra, released in 1958.[2]

Sinatra's first collaboration with arranger/conductor Billy May, Come Fly with Me was designed as a musical trip around the world. Sammy Cahn and Jimmy Van Heusen wrote the title track at Sinatra's request.[3]

In his autobiography All You Need Is Ears, producer George Martin wrote of having visited the Capitol Tower during the recording sessions for the album.  According to Martin's book, Sinatra expressed intense dislike for the album cover upon being first shown a mock-up by producer Voyle Gilmore, suggesting it looked like an advertisement for TWA.[4]

The album reached #1 on the Billboard album chart in its second week, and remained at the top for five weeks.[5] At the inaugural Grammy Awards Come Fly with Me was nominated for the Grammy Award for Album of the Year.

Though recorded simultaneously in true stereo alongside a distinct mono mix, "Come Fly with Me" was released to record stores in 1958 in monaural only, a standard practice by Capitol records at the time.  The label finally released the stereo version in 1962.[6]