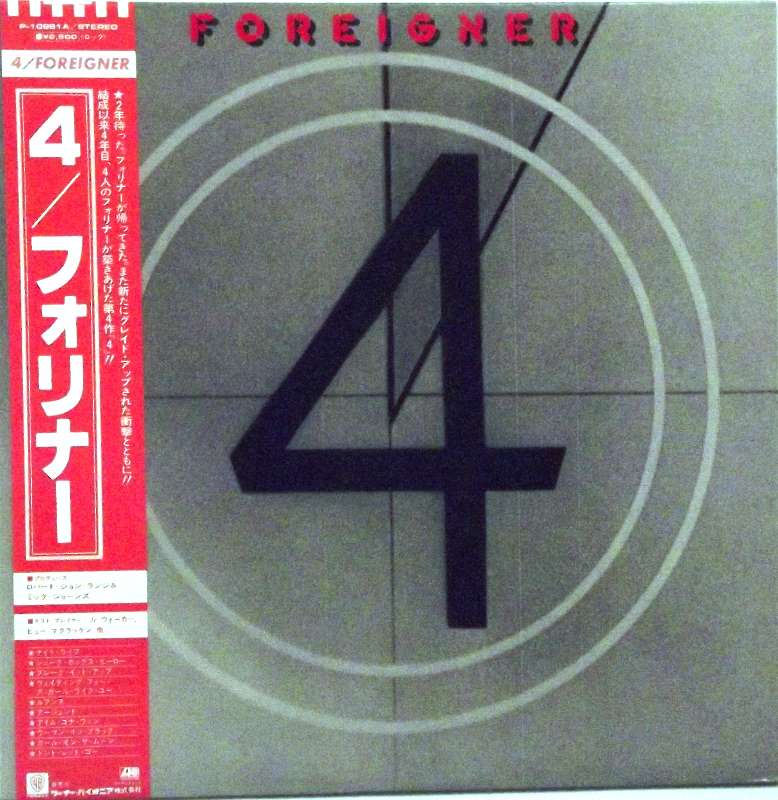 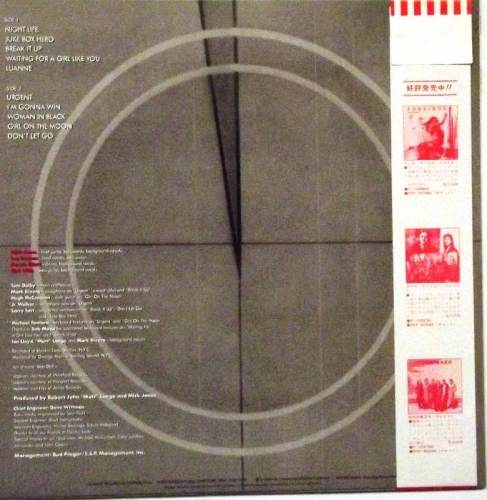 4, also known as Foreigner 4, is the fourth studio album by British-American rock band Foreigner, released in 1981 on Atlantic Records. Several singles from the album were hugely successful, including "Urgent", "Waiting for a Girl Like You" and "Juke Box Hero".

The album was an immediate smash worldwide, holding the #1 position on the Billboard album chart for a total of 10 weeks. It eventually sold over seven million copies in the United States alone.

The album was originally titled Silent Partners and later was changed to 4. In 1981, renowned art studio Hipgnosis was asked to design a cover based on the original title, and they developed a black & white image of a young man in bed with a pair of binoculars looming overhead. The resulting design was rejected by the band as they felt it was "too homosexual."[2] The replacement cover for 4 was designed by Bob Defrin and modeled after an old fashioned film leader. Hipgnosis is still credited with designing the record labels.

The album marked the completion of the band's shift to hard rock, begun in Head Games. Both Ian McDonald and Al Greenwood had left before the recording of 4. As a result, all of the songs on the album are compositions by Mick Jones and/or Lou Gramm. McDonald and Greenwood had played saxophone and keyboards, respectively, and so several session musicians were needed to replace their contributions, among them Junior Walker, who played the saxophone solo in the bridge of "Urgent", and a young Thomas Dolby, who would later have a successful solo career.