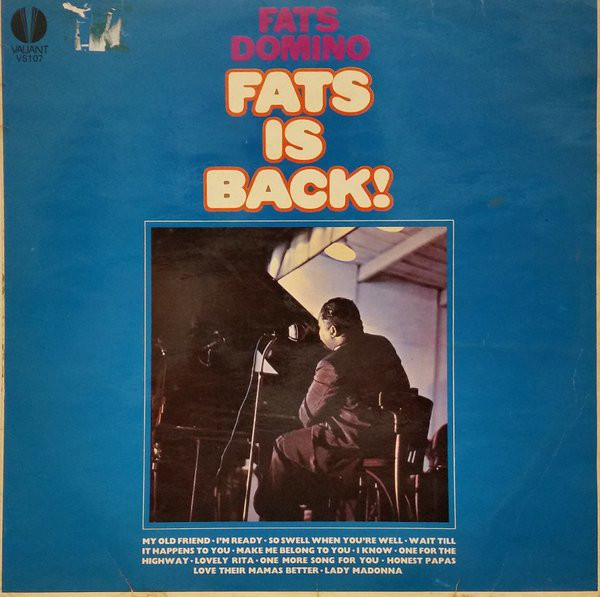 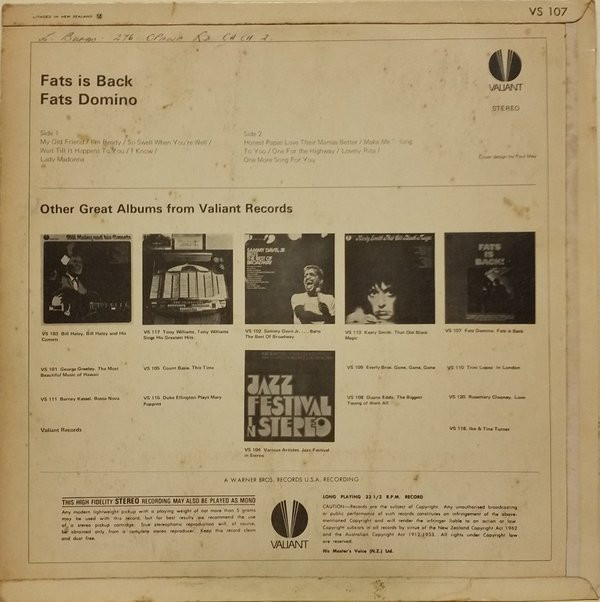 Like many of the early legends of rock & roll, Fats Domino didn't command a lot of attention in the late '60s. Not only had the British Invasion pushed Fats, Chuck, Little Richard, and their contemporaries off the charts, but post-1965 developments like psychedelia and folk-rock made straightforward rock & roll and rolling New Orleans R&B sound a little old-fashioned. In other words, it was time for the first generation to stage a comeback. Producer Richard Perry never neglects the essentials of Fats' music -- he retains the easygoing charm and endearing shuffles, just updating it slightly. In retrospect, Fats Is Back feels like Perry's blueprint for Ringo Starr's star-studded extravaganzas of the mid-'70s -- he selects an impeccable set of songs, nearly all covers but not just relying on obvious selections, assembles a first-rate cast of musicians, and then puts on a show. After all, this is an album that begins with a roll call of Domino's greatest hits and then ends with "One More Song for You" -- it's intended to be spectacular and it comes damn close to being one. Part of the reason Fats Is Back works is that it's designed to entertain but never oversells itself -- sort of like the man himself, actually. Fats delivers tailor-made new songs, Barbara George's "I Know," a remake of his classic "I'm Ready," and two Beatles covers (McCartney's Fats tribute "Lady Madonna" and "Lovely Rita") with equal gusto. Years on from its initial release, Fats Is Back still sounds like a sly, endearing update of the classic Domino sound. It may not match his classic Imperial recordings, yet it will no doubt please anyone wishing to dig a little deeper.