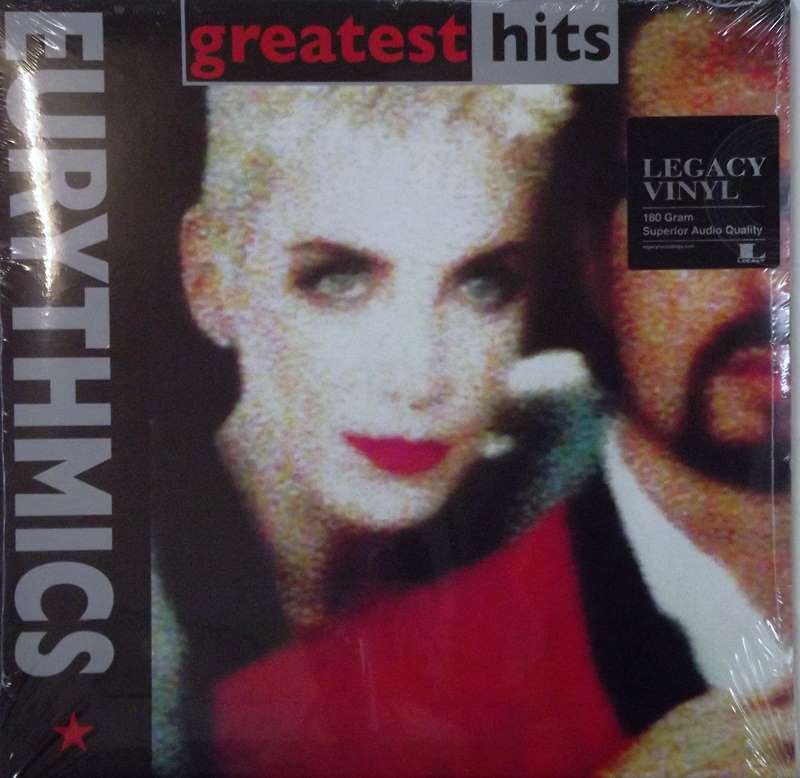 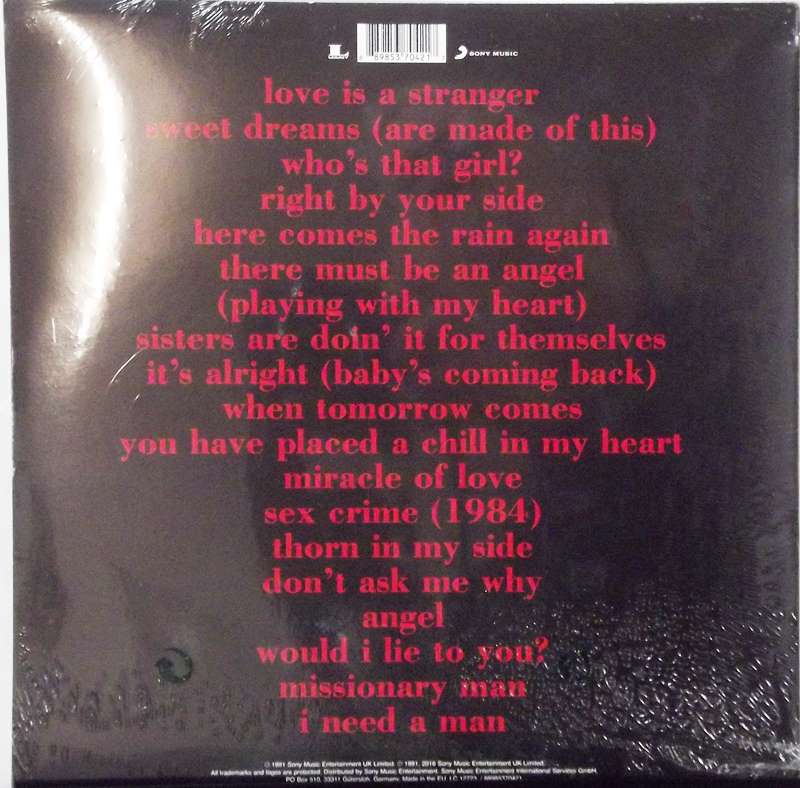 Greatest Hits is a 1991 retrospective compilation album by Eurythmics, containing their successful singles spanning the years 1982 through 1990. It was enormously successful, topping the charts in the UK for a total of 10 weeks and in Australia for 7 weeks. It remains the duo's best-selling album worldwide and has been certified 6× Platinum in the UK and 3× Platinum in the US

The original European version of the album contained 18 tracks while the version released in the United States contained only 14. There were five songs omitted from the US edition which were "Right By Your Side", "Sexcrime (Nineteen Eighty-Four)", "It's Alright (Baby's Coming Back)", "You Have Placed a Chill in My Heart" and "The Miracle of Love" whilst "The King and Queen of America" was added. The track order also differed. Neither the European nor the US version of Greatest Hits contained their top 30 hits "Beethoven (I Love to Listen To)" or "Revival".