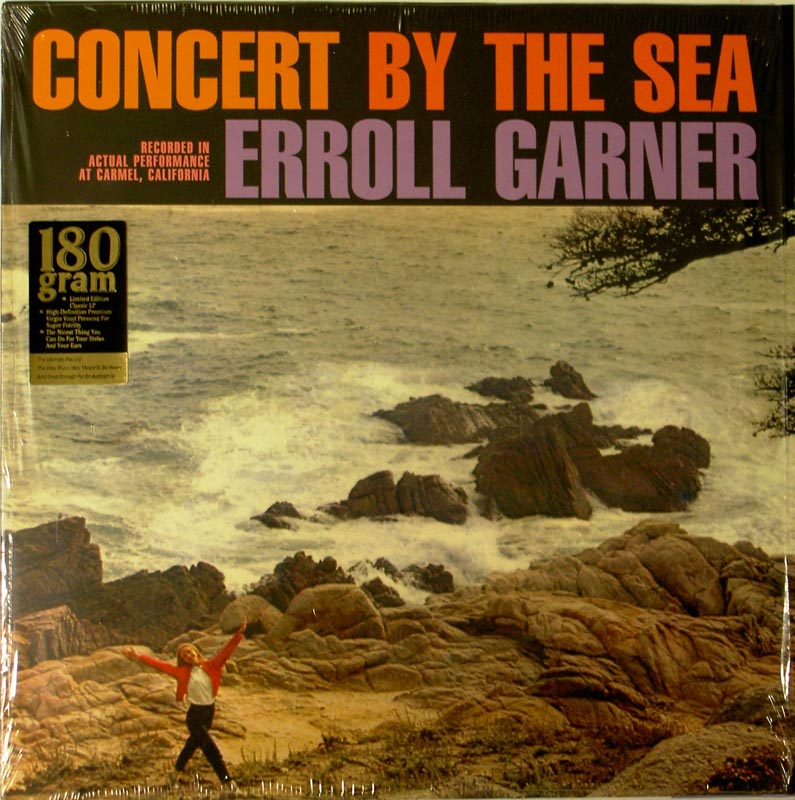 Concert by the Sea

Concert by the Sea is a live album by pianist Erroll Garner, released on Columbia Records in 1955.[5] It sold over a million dollars' worth of retail copies by 1958,[6] thereby qualifying for gold record status by the definition of that time, but has never been acknowledged as such by the RIAA.

The album was recorded on September 19, 1955 in the gothic-revivalist styled assembly hall of Sunset School (now Sunset Arts Center) in Carmel-by-the-Sea, California, a welcoming space being used as part of local promoter Jimmy Lyons' "Sunset Series", this series in turn laying the groundwork for the beginnings of the Monterey Jazz Festival.  From nearby Fort Ord military base servicemen were bused to join the enthusiastic and receptive audience at this Erroll Garner Trio gig.[7][8]  Accompanying Garner were bassist Eddie Calhoun and drummer Denzil Best. According to Columbia Records and its owner, Sony Music Entertainment, the acoustics were poor and the piano somewhat out of tune. The balance of instruments on the recording was also poor; the bass and drums were receded.[9]

There was no plan to record the concert officially. The release came about because Garner's personal manager, Martha Glaser, spotted backstage that a tape recorder was running. The recording was being made by a recording engineer for the Armed Forces Radio Network, "a jazz fan and scholar named Will Thornbury, strictly for the enjoyment of himself and his fellow servicemen".[7] Glaser took the tape, put it into album form, and then played it for the head of Columbia Records' jazz division, George Avakian, who decided to release it.[7] The original LP was released by Columbia as catalog number CL 883; an "electronically rechanneled to simulate stereo" version, with catalog number CS 9821, was issued in 1969.[10]