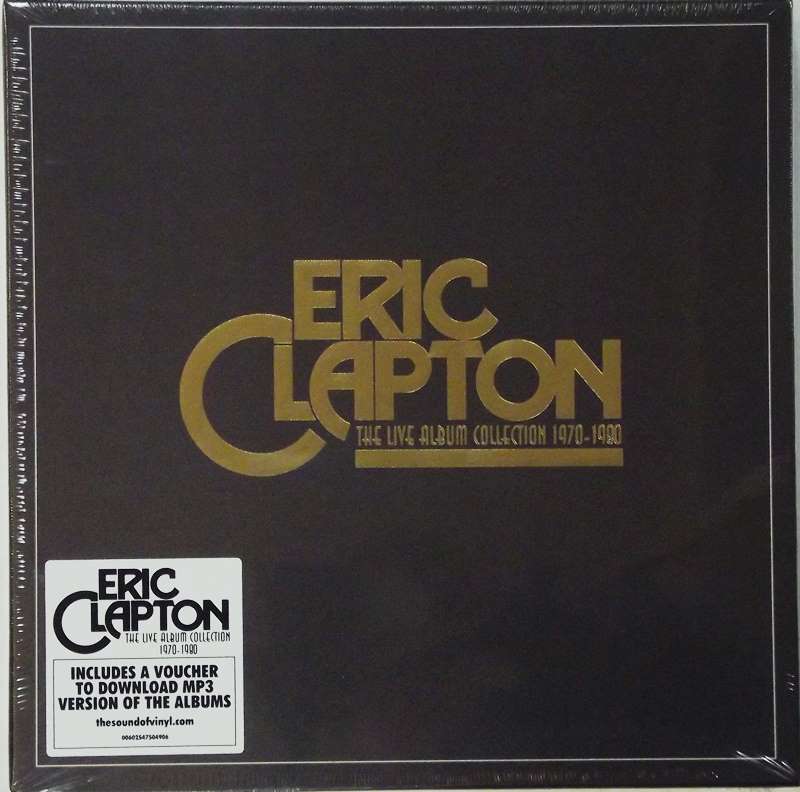 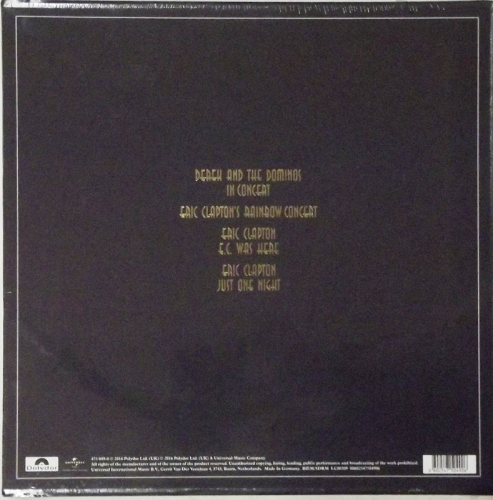 Stunning presentation of  the highlights of Eric Clapton's live concerts between 1970 and 1980 presented in  delightful box. Includes a free download voucher for each album.

This  is the release of all of Eric Clapton's live albums from his recording period with Polydor/RSO,1970-1980. A vinyl-only title, it is a companion set to the January, vinyl-only box set release of all of his Polydor/RSO solo studio albums spanning the same period. Similarly, each album here has been newly remastered and pressed on heavyweight vinyl. Capturing live concerts in New York, California, Rhode Island, Tokyo and London, the collection includes Eric Clapton's 1973 concert at London's Rainbow with an all-star line-up featuring Pete Townshend, Steve Winwood, Ronnie Wood and Jim Capaldi.

Eric Clapton, who recently celebrated his 70th year, needs little by way of introduction, as a renowned solo artist in his own right as well as a member of the Yardbirds, Cream and Derek and the Dominos. He is the only three-time inductee to the Rock and Roll Hall Of Fame and is one of the most important and influential guitarists of all time. He has been the recipient of 17 Grammy Awards, 1 Brit Award and 1 Bafta.