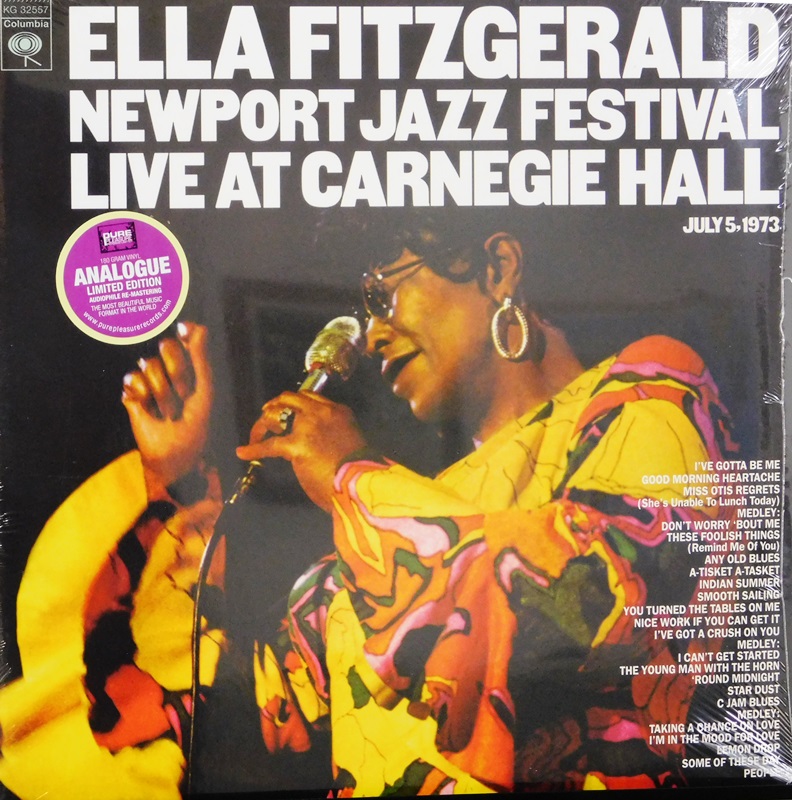 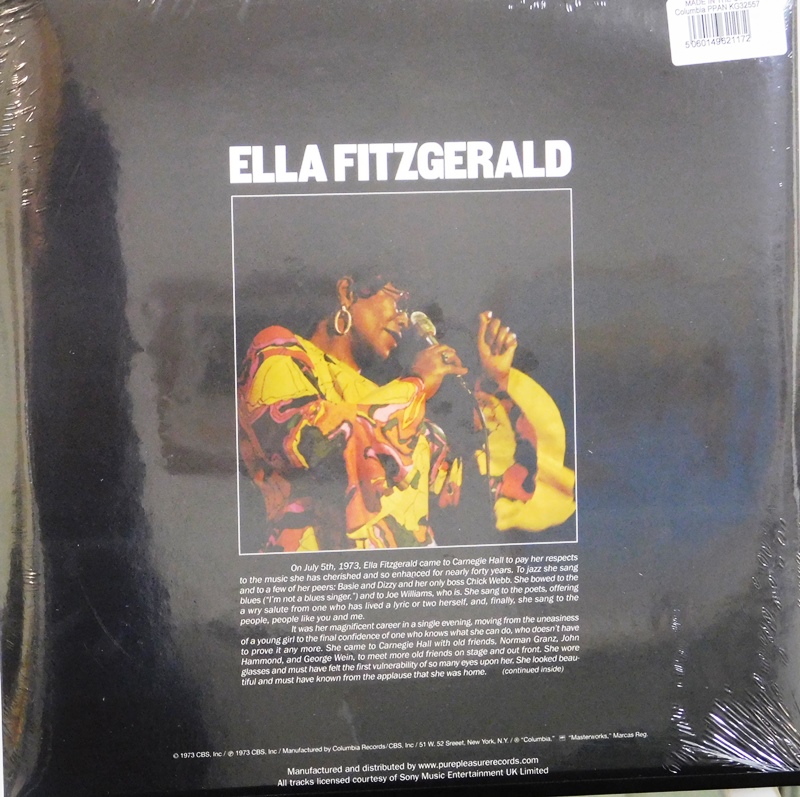 Ella Fitzgerald at the Newport Jazz Festival: Live at Carnegie Hall is a 1973 live album by the American jazz singer Ella Fitzgerald, accompanied by a reconstructed Chick Webb Band, the pianist Ellis Larkins, and for the second half of the album, the Tommy Flanagan Quartet (featuring Joe Pass).

This was a historic night for Fitzgerald, reuniting her with many members that had worked with her when she performed with the drummer and Bandleader Chick Webb in the mid-1930s. Fitzgerald is also reunited with the pianist Ellis Larkins, who accompanied on her 1950 album Ella Sings Gershwin. The second half of the record sees Fitzgerald perform a typical set from this stage in her career.

Fitzgerald is introduced by the great jazz singer Carmen McRae on the second disc. McRae also appeared on the 2001 remastered edition of Fitzgerald's only other recorded appearance at the Newport Jazz Festival, 1958's Ella Fitzgerald and Billie Holiday at Newport.