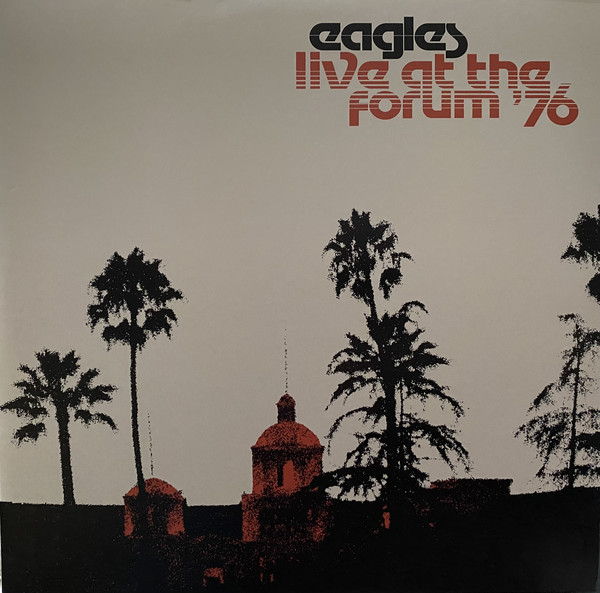 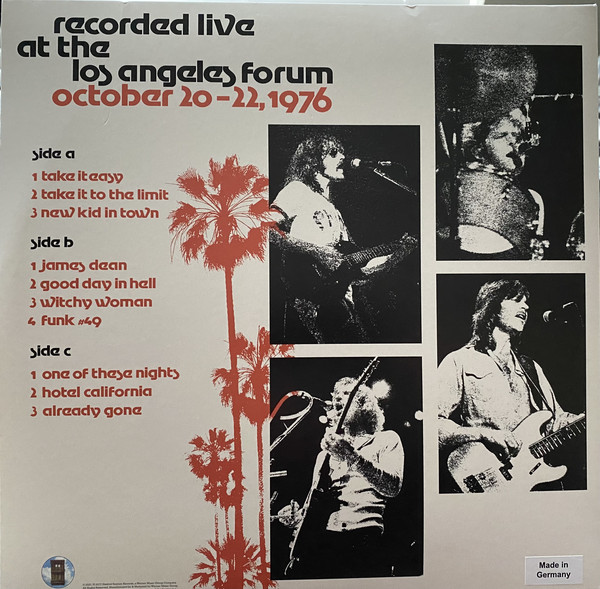 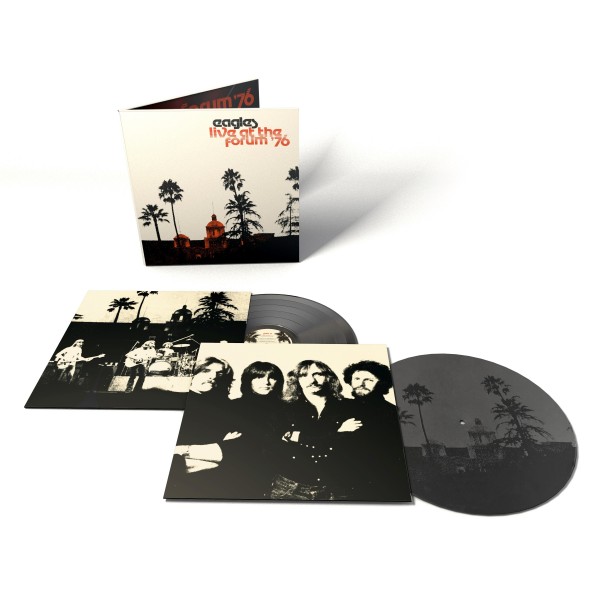 In celebration of the Eagles 2021 tour, we're releasing LIVE AT THE FORUM ’76, featuring 10 songs recorded in the Fall of 1976, just prior to the release of Hotel California. LIVE AT THE FORUM ’76 will be available on November 12 as a 2-LP set on 180-gram vinyl. The tracks will be making their vinyl debut, as they were previously only available on CD and digitally as part of 2017’s “40th Anniversary Edition” of HOTEL CALIFORNIA. The live music takes up three LP sides while the final one features an exclusive etching of the artwork.

LIVE AT THE FORUM ’76 was recorded during the band’s three-night run at the Los Angeles Forum in October 1976. The show took place as the group was putting the finishing touches on Hotel California, which would be released that December. The concert recording captures some of the very first live performances of “Hotel California” and “New Kid In Town.”

During the show, the band also play hits from earlier albums with “Take It Easy” from the band’s 1972 self-titled debut; “Already Gone” from 1974’s On the Border; and the #1 title track from 1975’s One of These Nights. The concert also includes a raucous performance of “Funk #49,” a song originally recorded by Walsh’s James Gang.

The Forum concert presents a snapshot of the band right before Hotel California became a critical and commercial phenomenon. After its release, the album topped the charts for eight weeks in the U.S., featured two #1 singles (“New Kid In Town” and “Hotel California”), and won two GRAMMY Awards. Today, Hotel California has been certified 26x platinum by the RIAA and is the third best-selling U.S. album in history and one of the best-selling albums of all time.LIVE AT THE FORUM ’76 is available for the first time as a 2-LP set on 180-gram vinyl (3 sides of audio, plus an etching).Featuring 10 songs recorded in the Fall of 1976, just prior to the release of Hotel California.