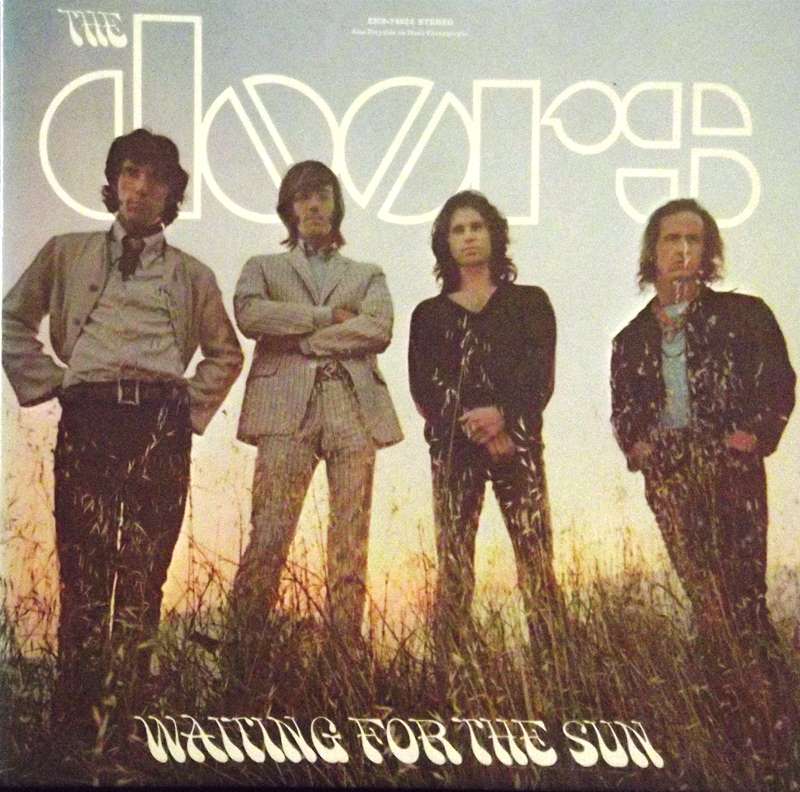 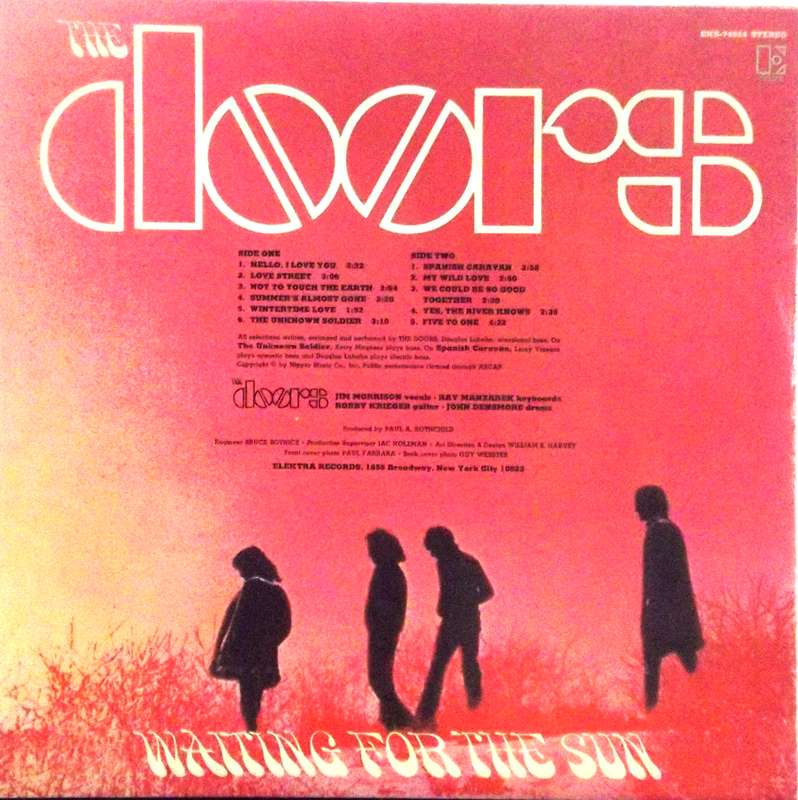 Waiting For The Sun

Waiting for the Sun is the third studio album by the American rock band the Doors. Recorded at TTG Studios in Los Angeles, the album's 11 tracks were recorded between February and May 1968 and the album was released by Elektra Records on July 3, 1968. It became the band's only #1 album (topping the charts for four weeks) and included their second US #1 single, "Hello, I Love You" (for two weeks starting August 3, 1968). The first single released off the album was "The Unknown Soldier," which peaked at #39 on the Billboard Hot 100. It also became the band's first hit album in the UK, where it peaked at #16.

Many of the tracks were created in the studio. The production of the album by Paul A. Rothchild led to multiple takes and at one point drummer John Densmore walked out of a session frustrated at Morrison's behavior. Although the Doors had made several attempts at recording their theatrical composition "Celebration of the Lizard" and intended the piece to occupy the second side of the album, this was later shelved. However, a recording of the "Not to Touch the Earth" segment was included and the full lyrics to "Celebration of the Lizard" were printed inside the album's gatefold sleeve. The song "Waiting for the Sun" was also recorded during the sessions for the album but was left off and later appeared on the album Morrison Hotel in 1970. The cover of the album was photographed by Paul Ferrara in Laurel Canyon, Los Angeles.