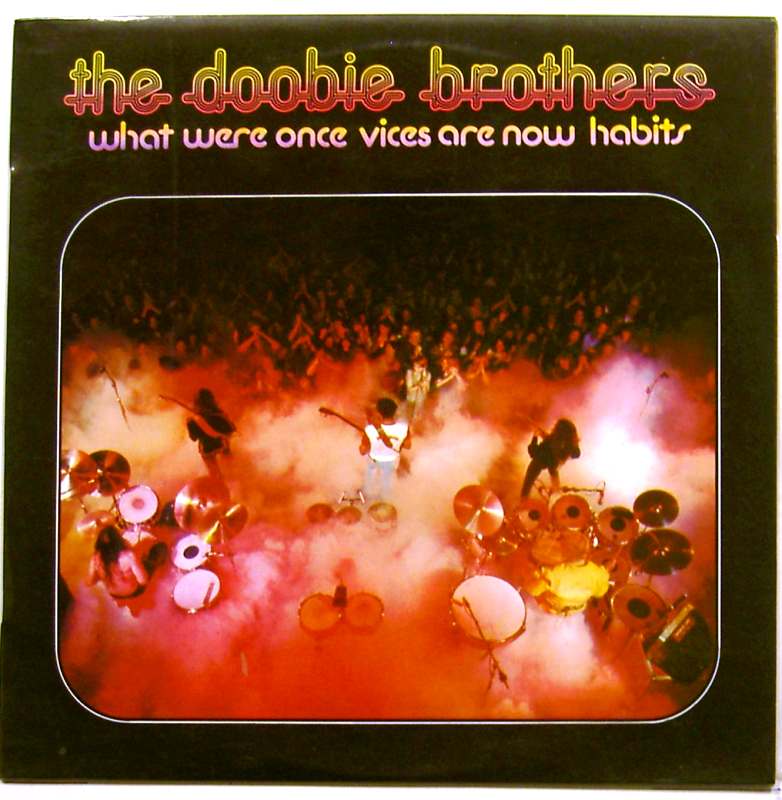 What Were Once Vices Are Now Habits

What Were Once Vices Are Now Habits is the fourth studio album by American rock band The Doobie Brothers, released in 1974.

Tom Johnston's "Another Park, Another Sunday" was chosen to be the album's first single. "It's about losing a girl," stated Johnston. "I wrote the chords and played it on acoustic, and then Ted [Templeman] had some ideas for it, like running the guitars through Leslie speakers." The song did moderately well on the charts, peaking at #32.

The second single released was "Eyes of Silver", another Johnston penned tune. According to him, "Wordwise, that one really isn't that spectacular. I wrote them at the last minute." That song didn't have much success on the charts either. Grasping for chart action, Warner Brothers re-released the band's first single, "Nobody". This release was soon overshadowed when radio stations discovered "Black Water". Other stations joined in and the song was officially released as a single that went on to sell over a million copies and became the Doobie Brothers' first #1 hit.[4] "Black Water" had been featured as the B-side of "Another Park, Another Sunday" eight months earlier