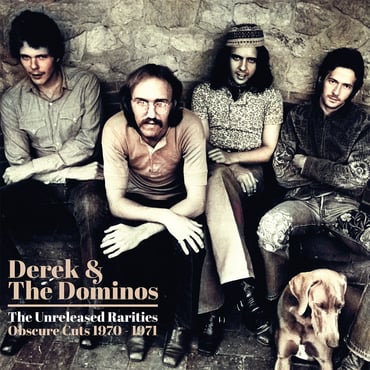 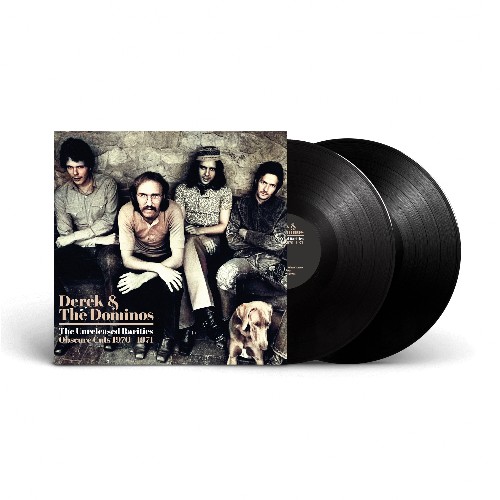 COLLECTION OF PREVIOUSLY UNEARTHED OBSCURITIES Formed in the spring of 1970 by guitarist and vocalist Eric Clapton, keyboardist and singer Bobby Whitlock, bassist Carl Radle and drummer Jim Gordon, the members of Derek and The Dominos had previously played together in Delaney & Bonnie and Friends, during and after Clapton's brief tenure with Blind Faith. Dave Mason supplied additional lead guitar on early studio sessions and played at their first live gig. Another participant at their first session as a band was George Harrison, the recording for whose All Things Must Pass marked the formation of Derek and the Dominos. Releasing only one studio album during their short time together as a group, Layla and Other Assorted Love Songs was produced by Tom Dowd and featured extensive contributions on lead and slide guitar from Duane Allman. A double album, Layla did not immediately enjoy strong sales or receive widespread radio play, but went on to earn huge critical acclaim. Although released in 1970 it was not until March 72 that the album's title track Layla made the top ten in both the United States and the United Kingdom. The album is often considered to be the defining achievement of Clapton's career.

While there have been a number of rare studio jams and live tracks released since, on reissues and other collector s items, the tracks now featured on this rarities collection remain previously unreleased. Including as it does rare outtakes from the sessions for the Dominos aborted second album, live obscurities and a range of other essential but not previously available cuts, this selection will prove a delight for Clapton/Dominos/Allman fans, acting as it will as a compilation to fill those annoying gaps in even the most complete collections.