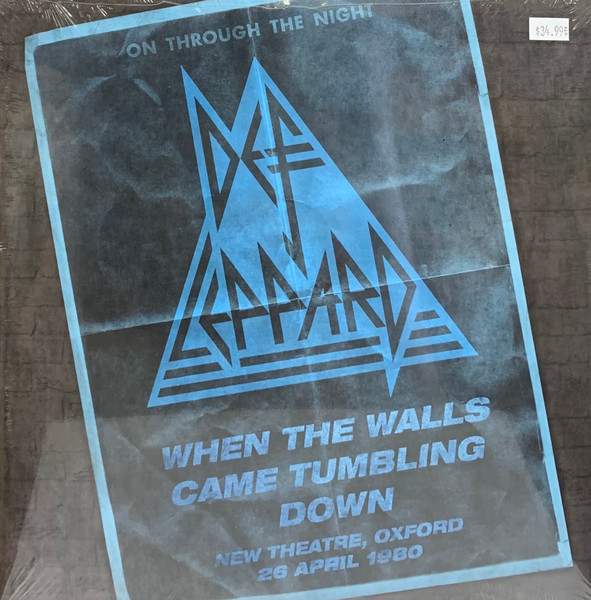 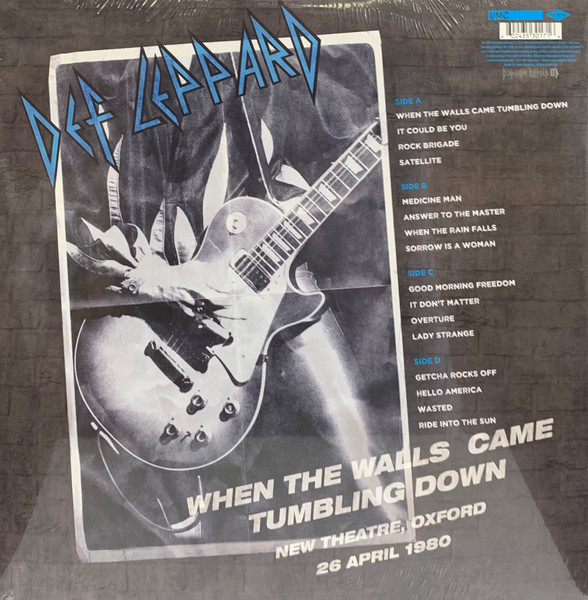 Spine states the title as just “When The Walls Came Tumbling Down”. Comes in a gatefold jacket with printed inner-sleeves.
MP3 download code included.

The tour promoted the first studio album which had been released on 14th March 1980 in the UK.

A the time of this show the album was still inside the Top 40 at Number 40 in its sixth week on the charts.

This show was recorded for use on an intended Live EP which was ultimately scrapped by the band's co-managers at the time.

The recording of this show was mentioned in the 1987 'Animal Instinct' biography but was never released or properly mixed until 2018.

It has now been released in March 2020 as the live album 'When The Walls Came Tumbling Down' as part of The Early Years 79-81 box set.

A previous live recordings included either Steve and Phil or Phil and Vivian only.

Joe first mentioned the release of the show in January 2018 during the press for the Def Leppard x Journey tour.

Then in September of 2019 he confirmed it would be released in early 2020 to mark 40 years since the debut album release.

The tour had seen the band play all over the UK with just two more shows left to play after Oxford.

After a three week break they would go on to play their first ever American tour supporting the likes of Pat Travers, Ted Nugent, AC/DC, Scorpions and Judas Priest.

In the extended 16 song setlist the three new songs were included along with an extra encore.

The early version of 'Lady Strange' - which was released on the High 'n' Dry album.

'Medicine Man', an early version of 'Rock! Rock! (Till You Drop)' with its opening section re-used along with the main guitar riff.

And 'When The Rain Falls' which later became 'Let It Go' under the guidance of Mutt Lange.

The band would return to the UK in August for the Reading Festival show and then a short club tour in December 1980 to road test new songs being written for the 'High 'n' Dry' album.