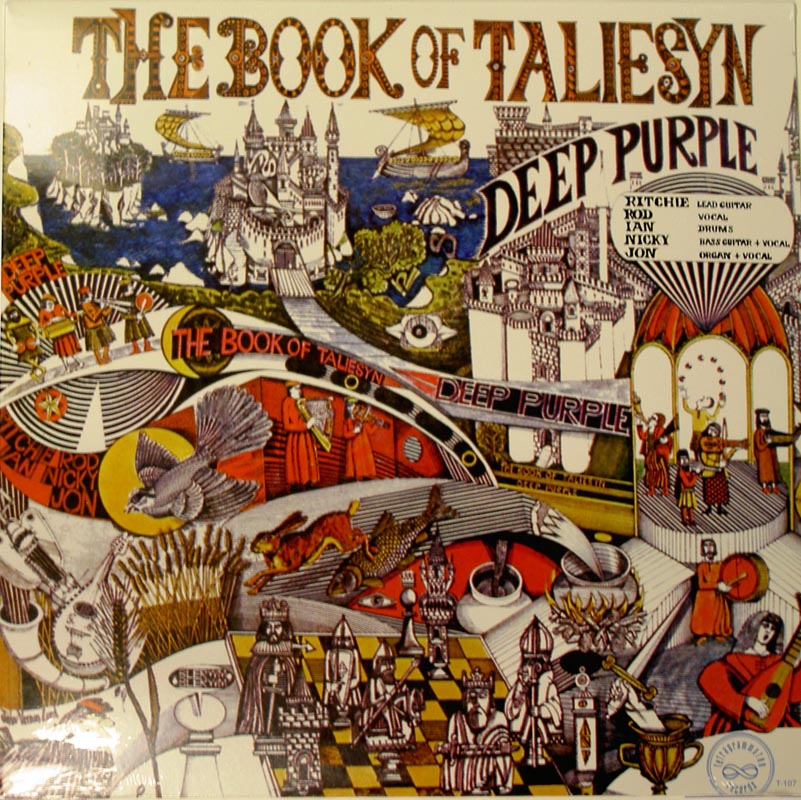 The Book of Taliesyn is the second studio album by English rock band Deep Purple, recorded only three months after Shades of Deep Purple and released by Tetragrammaton Records in October 1968, just before their first US tour. The name for the album was taken from the 14th-century Book of Taliesin.

The structure of the album is similar to that of their debut, with four original songs and three rearranged covers, although the tracks are longer, the arrangements more complex and the sound more polished than on Shades of Deep Purple. The music style is a mix of psychedelic rock, progressive rock and hard rock, with several inserts of classical music arranged by the band's keyboard player Jon Lord.

Deep Purple's American record label aimed for a hippie audience, which was very influential in the US at the time, but the chart results of the album and singles were not as high as expected. This setback did not hinder the success of the three-month US tour, when the band played in many important venues and festivals and received positive feedback from audiences and the press. Deep Purple were still an underground band which played in small clubs and colleges in the United Kingdom, largely ignored by the media and the public. British record company EMI did not release The Book of Taliesyn until June 1969, on the new underground prog rock sub-label Harvest Records, and the album did not chart. Even the release of the new single "Emmaretta" and new dates in their home country in the summer of 1969 did not increase album sales or the popularity of Deep Purple in the UK. Perception of the album changed later years, when it received more favourable reviews.