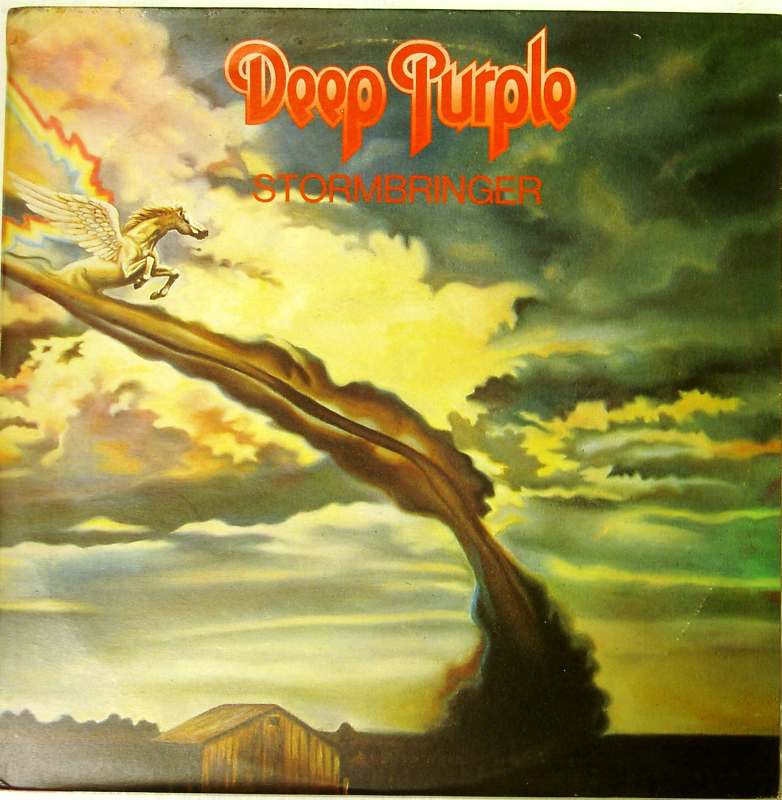 Stormbringer is the ninth studio album by the English hard rock band Deep Purple, released in November 1974,[1] and the second studio album to feature the Mk III lineup including vocalist David Coverdale and bassist/vocalist Glenn Hughes.

he cover image of Stormbringer is based on a photo. On 8 July 1927 a tornado near the town of Jasper, Minnesota was photographed by Lucille Handberg.[2] Her photograph has become a classic image,[3] and was used and edited for the album's cover. The same photograph was used for Miles Davis' album Bitches Brew in 1970 and Siouxsie and the Banshees' album Tinderbox in 1986.

Stormbringer is the name of the second Elric of Melniboné novel by Michael Moorcock. It is the name of a magical sword described in many novels and comics by Moorcock and others which enjoyed enormous success in the 1960s and 70s. David Coverdale has denied knowledge of this until shortly after recording the album. In an interview with Charles Shaar Murray in the New Musical Express he claimed that the name was from mythology.[4] A few years later, Moorcock collaborated with Blue Öyster Cult to write "Black Blade," a song that actually was about the sword Stormbringer.[5]

According to Glenn Hughes, the slurred gibberish that is spoken by Coverdale at the beginning of the title track just prior to the first verse is the same backwards dialogue that Linda Blair's character utters in the film The Exorcist, when she is questioned by the priest.[6]