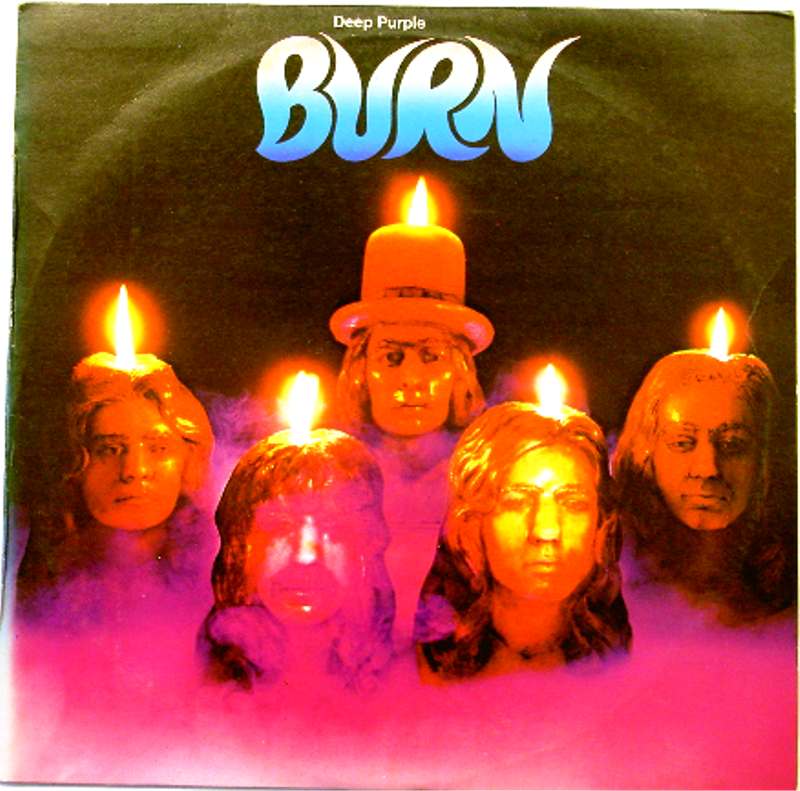 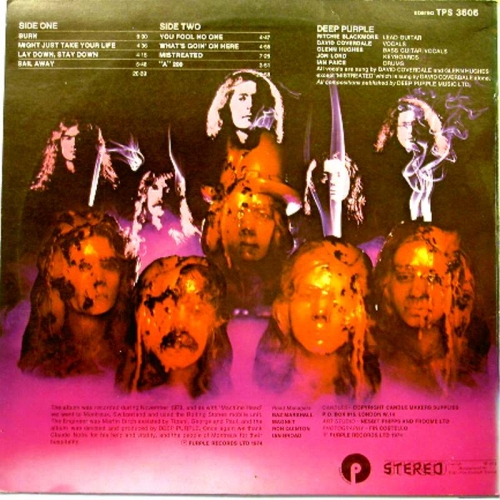 Burn is the eighth studio album by the English hard rock band Deep Purple, released in February 1974. This was the first Deep Purple album to feature then-unknown David Coverdale on vocals and Glenn Hughes, from Trapeze, on bass and vocals.

The album was recorded in Montreux, Switzerland, in November 1973, with the Rolling Stones Mobile Studio. With the addition of David Coverdale and Glenn Hughes, Purple's hard rock sound became more boogie oriented, incorporating elements of soul and funk which would become much more prominent on the follow-up album, Stormbringer.

Hughes participated in song-writing, but wasn't given credit due to unexpired contractual obligations. However, the 30th anniversary edition of the album included Hughes in the credits for all the tracks except "Sail Away", "Mistreated", "'A' 200" and the bonus track "Coronarias Redig".[1]