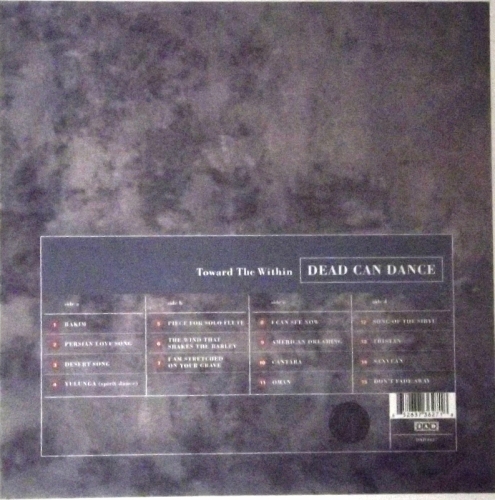 Toward the Within (1994) is the first official live album of Brendan Perry and Lisa Gerrard's group Dead Can Dance. It contains 15 songs, of which only four appeared on their previous albums, and two of which were later re-recorded and included on Lisa Gerrard's first solo album, The Mirror Pool. The others previously existed only in live performances and unofficial bootlegs, but were not officially released until Toward the Within. Along with Perry and Gerrard were a number of musicians who had performed