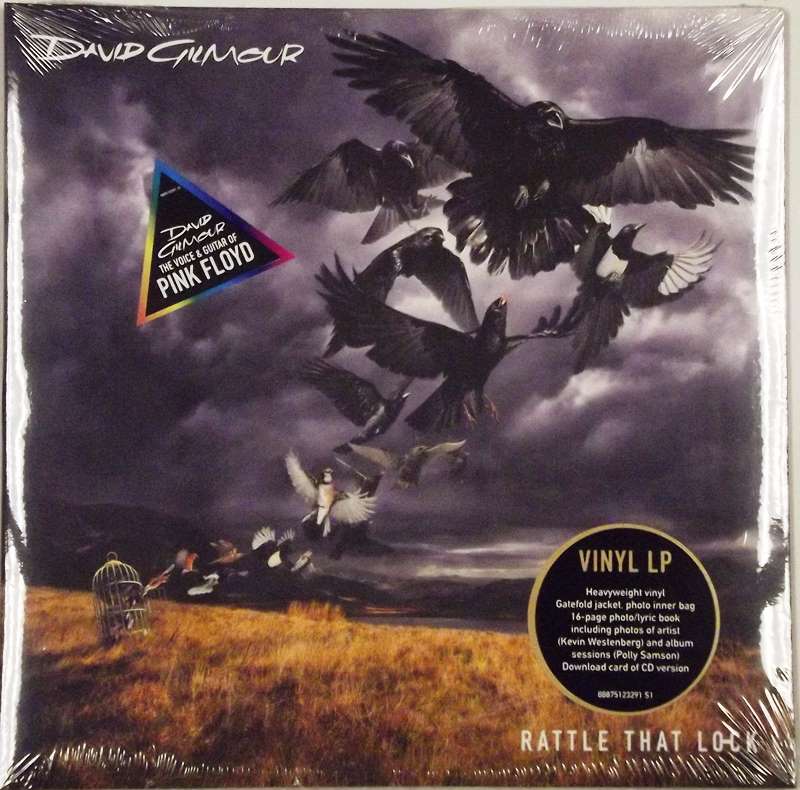 Rattle That Lock is the fourth solo album by British musician David Gilmour. It was released on 18 September 2015.[2][3][4] Gilmour will undertake a short tour of Europe in September and October 2015 to support the album, and a similar tour of the U.S. and Canada will follow in March and April 2016. There is also a South America tour scheduled for December 2015. The artwork for the album was created by Dave Stansbie from The Creative Corporation under the direction of Aubrey Powell, who has worked with David Gilmour and Pink Floyd since the late 1960s.[2]

The album was recorded at Gilmour's recording studios. Phil Manzanera, co-producer of the album, estimates that Gilmour has been writing the material for Rattle That Lock over the past five years, though he pointed out that one piano piece was recorded 18 years ago in Gilmour's living room.[5] Most of the album was recorded at Medina Studio, in Hove – the additional recording was at the Astoria houseboat studio. The final Pink Floyd album, The Endless River, was similarly recorded and produced using a combination of the two studios.[2][6] Orchestra parts were recorded at AIR Studios in London[7] and the Liberty Choir were recorded in a South London church.[7] The album was mixed at Astoria and mastering for all formats was performed by James Guthrie and Joel Plante at das boot recording in Lake Tahoe, California.[6]

The title track "Rattle That Lock" was inspired by and makes use of the SNCF jingle, composed by Michaël Boumendil. Gilmour heard and recorded the jingle on his iPhone at Aix-en-Provence station while travelling to visit friends.[2][8] When Boumendil first got a phone message from Gilmour, he thought it might be a prank, so didn't return the call.[9] The lyrics for the track were written by Gilmour's wife and long time collaborator, Polly Samson and are based around the themes of Book II of John Milton's Paradise Lost. The musicians Mica Paris and Louise Marshall, together with the Liberty Choir perform on the track.[2]

David's son, Gabriel performs piano on the song "In Any Tongue", making his recording debut.