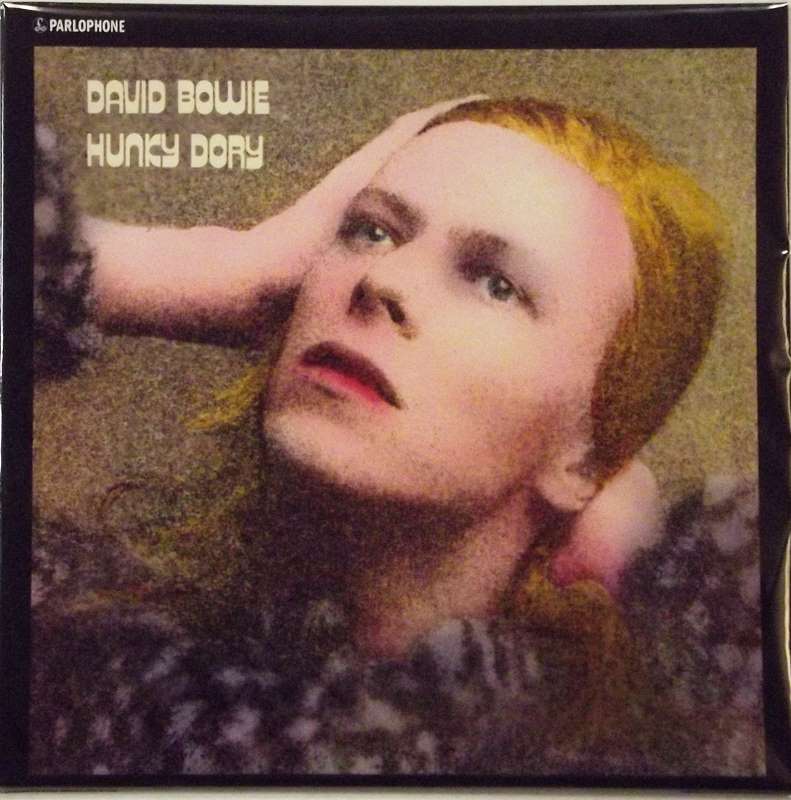 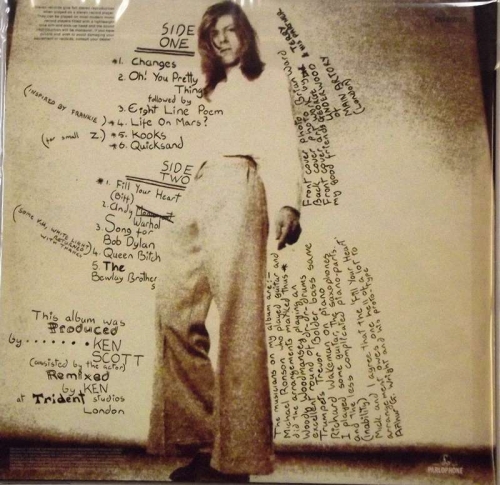 Hunky Dory is the fourth album by English singer-songwriter David Bowie, recorded in mid-1971 and released by RCA Records that December.[1]

It was his first release through RCA, which would be his label for the next decade. Hunky Dory has been described by AllMusic's Stephen Thomas Erlewine as having "a kaleidoscopic array of pop styles, tied together only by Bowie's sense of vision: a sweeping, cinematic mélange of high and low art, ambiguous sexuality, kitsch, and class".[2]

The album has received critical acclaim since its release, and is regarded as one of the artist's best works. Time chose it as part of their "100 best albums of all time" list in January 2010, with journalist Josh Tyrangiel praising Bowie's "earthbound ambition to be a boho poet with prodigal style".[3] The style of the album cover, designed by George Underwood, was influenced by a Marlene Dietrich photo book that Bowie took with him to the photo shoot.[4][5]