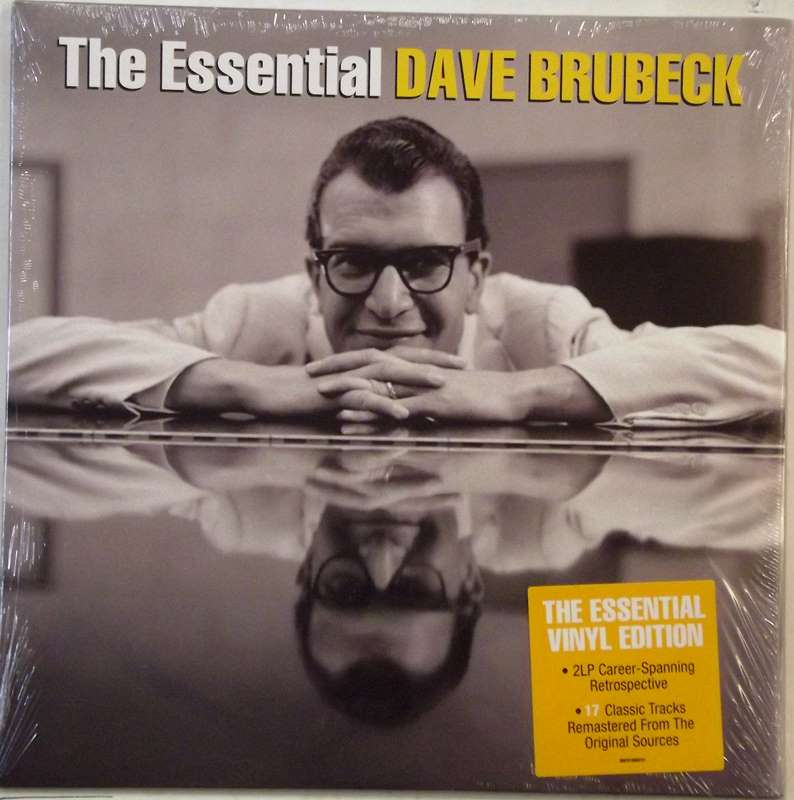 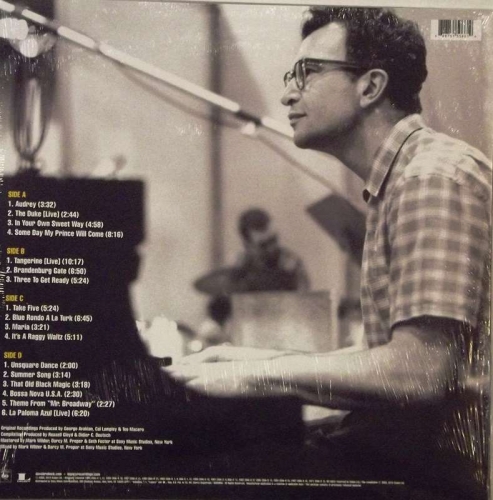 Sealed brand new album cut from the original master tapes. Made in the USA.

It's hard to summarize the highlights of a career as long and prolific as Dave Brubeck's in a two-LP compilation. If you're going to settle for that, however, The Essential Dave Brubeck is a good job, spanning 1949 to 2002, with great minutes of music on each disc. Although a few of these tracks were drawn from his early Fantasy recordings and his later Concord/MusicMasters/Telarc discs, the overwhelming bulk of them come from his days at Columbia from the mid-'50s through the late '60s. "Take Five" is here, of course, as are some of his better- known recordings, like "Blue Rondo a La Turk," "Take the 'A' Train" (a live 1954 performance), "Audrey," and "Some Day My Prince Will Come" (from the Dave Digs Disney album). Overall it spotlights the pianist in a variety of settings -- live, solo piano ("In Your Sweet Way" and "Weep No More," from Brubeck Plays Brubeck); interpreting West Side Story; bopping, balladeering, bossa nova, with strings; or backing vocalists Louis Armstrong, Carmen McRae, Jimmy Rushing, and Tony Bennett. In fact, no less than a couple dozen albums are sampled over the course of the 31 discs, making this an admirably wide-ranging sampler of Brubeck's work, focusing on his earlier and most important efforts.