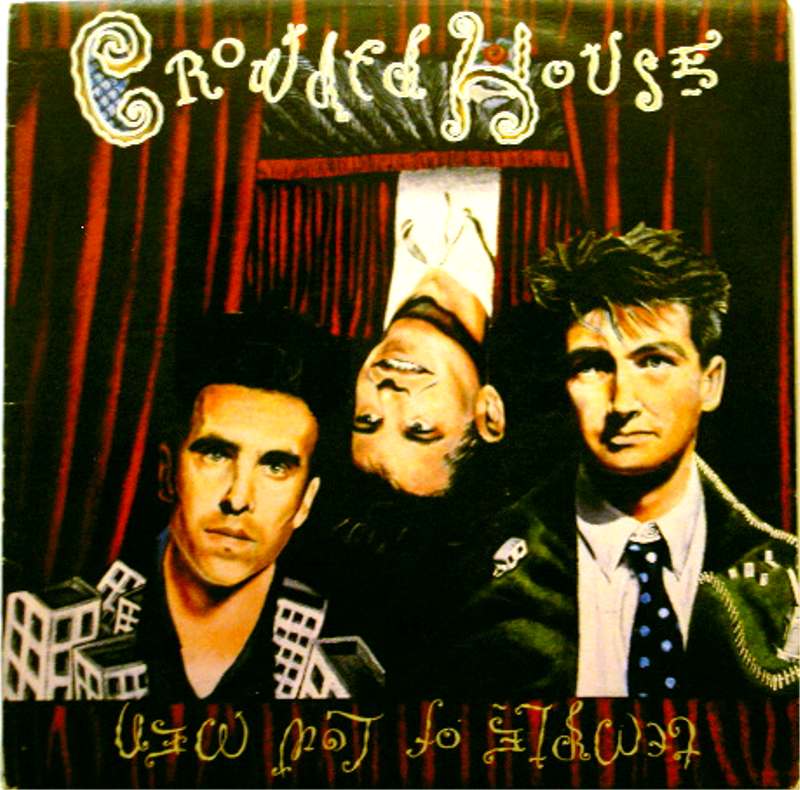 Temple of Low Men is the second studio album by the band Crowded House, which was released in July 1988. The three band members: Paul Hester on  drums and backing vocals; Neil Finn on lead vocals and lead guitar; and Nick Seymour on bass guitar and backing vocals recorded the album in both Melbourne and Los Angeles with Mitchell Froom as producer for Capitol Records. Finn had written all ten tracks during the two years since their self-titled debut. Temple of Low Men peaked at number one in Australia, number two in New Zealand, number ten in Canada and number 40 on the Billboard 200 in the United States.

It provided five singles, "Better Be Home Soon" (July 1988), "When You Come" (August), "Into Temptation" (December), "Sister Madly" (1989), and "I Feel Possessed" (January 1990). In most markets the highest charting was "Better Be Home Soon". Additionally an album track, "Never Be the Same", appeared on the Billboard Mainstream Rock Tracks chart. At the ARIA Music Awards of 1989 the group won four categories: Album of the Year and Best Group for Temple of Low Men; Best Cover Art for Seymour's work; and Song of the Year for "Better Be Home Soon".