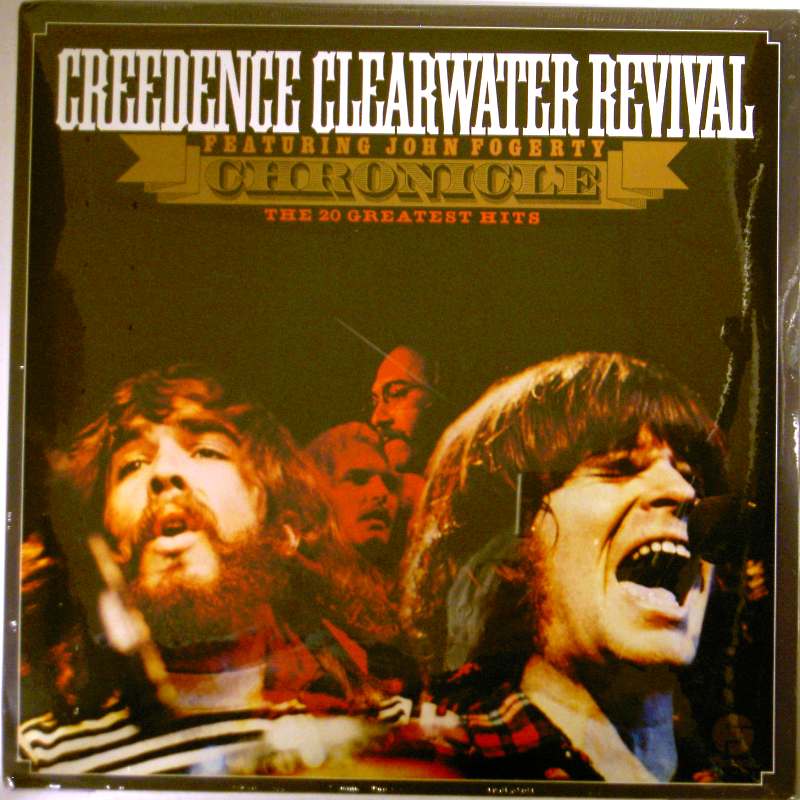 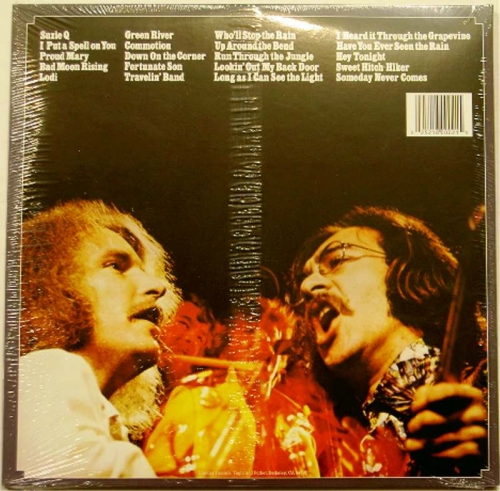 All of CCR's best on two mighty good records - Suzie Q, Proud Mary, Bad Moon Rising, Down on the Corner, Fortunate Son, Travelin' Band, Who'll Stop the Rain, I Heard it Through the Grapevine and 12 more.

Chronicle, Vol. 1, also known as Chronicle: The 20 Greatest Hits, is a greatest hits album by the American swamp rock band Creedence Clearwater Revival. It was released in January 1976 by Fantasy Records,[1] at the same time as the single release of "I Heard It Through the Grapevine" from the album (see 1976 in music).[2]

Chronicle, Vol. 1 is a singles collection with thirteen A-sides and seven B-sides. Compared to the two previously released Creedence Gold compilations, Chronicle Vol. 1 includes all of the group's charted hits.

It is the best-selling album in the band's catalog, making 10x multi-platinum by the Recording Industry Association of America.[3] The compilation was ranked at number 59 in the updated version of Rolling Stone's list of the 500 Greatest Albums of all time.[4] It has sold 6,357,000 copies in the US since 1991 when Nielsen SoundScan began tracking sales for Billboard.[5] It was re-released on Vinyl in 2014 as a Limited Edition.