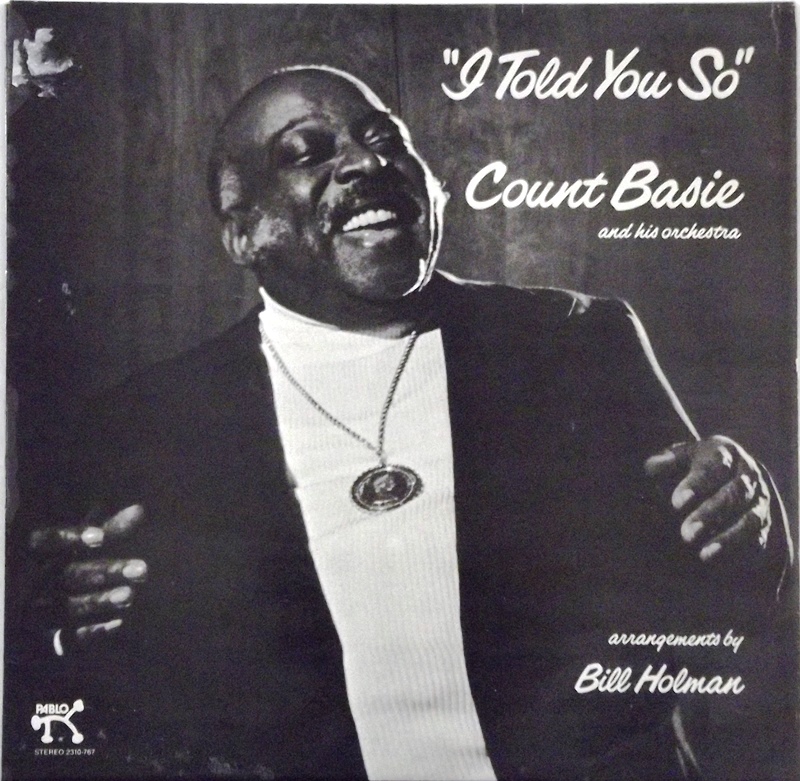 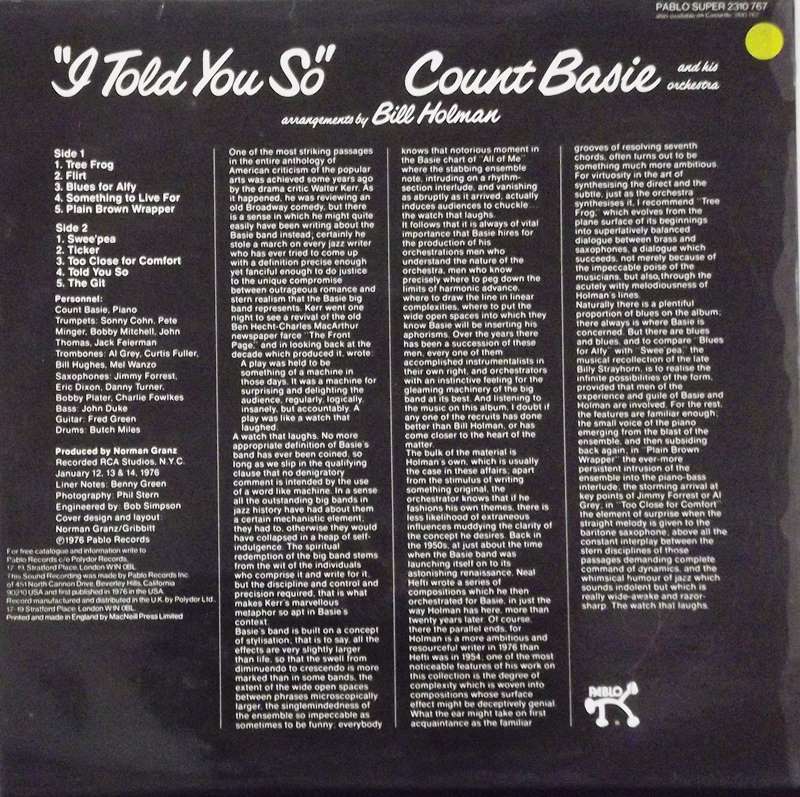 I Told You So

Told You So is a 1976 album recorded at RCA studios, New York City on January 12, 13 and 14 1976 and released in 1976, featuring Count Basie and his orchestra. All the titles were arranged by Bill Holman. Sound engineer was Bob Simpson and the tape editor was Ben Jordan. The producer was Norman Granz.

The disc was issued on the Pablo Records label and marketed by Polydor.