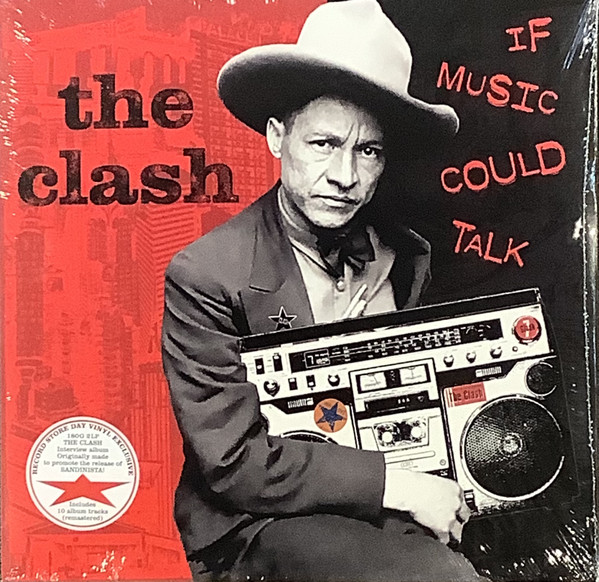 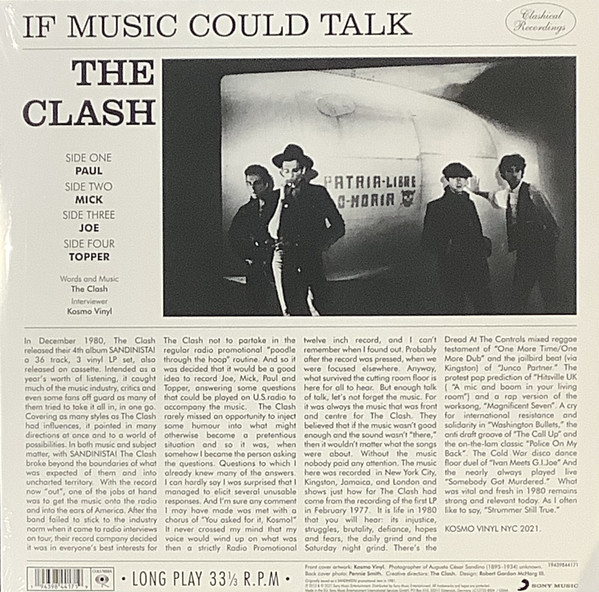 If Music Could Talk is a 1980 interview album with The Clash - Joe Strummer, Mick Jones, Paul Simonon and Topper Headon – in brief conversation with their trusted management rep/fixer/consigliere Kosmo Vinyl.  Originally only available as a promotional LP for US radio ahead of the release of The Clash’s 4th album Sandinista!, If Music Could Talk will be released for the first time as a limited edition double 180g vinyl package with new artwork as part of RSD Drops. The cover art is an homage to Nicaraguan rebel leader Augusto César Sandino – the original Sandinista – done by Kosmo Vinyl, who also supplies the liner notes on the back alongside a rare Pennie Smith band photo. If Music Could Talk features the band talking about and introducing tracks, along with those tracks themselves (using the latest band-approved remasters).