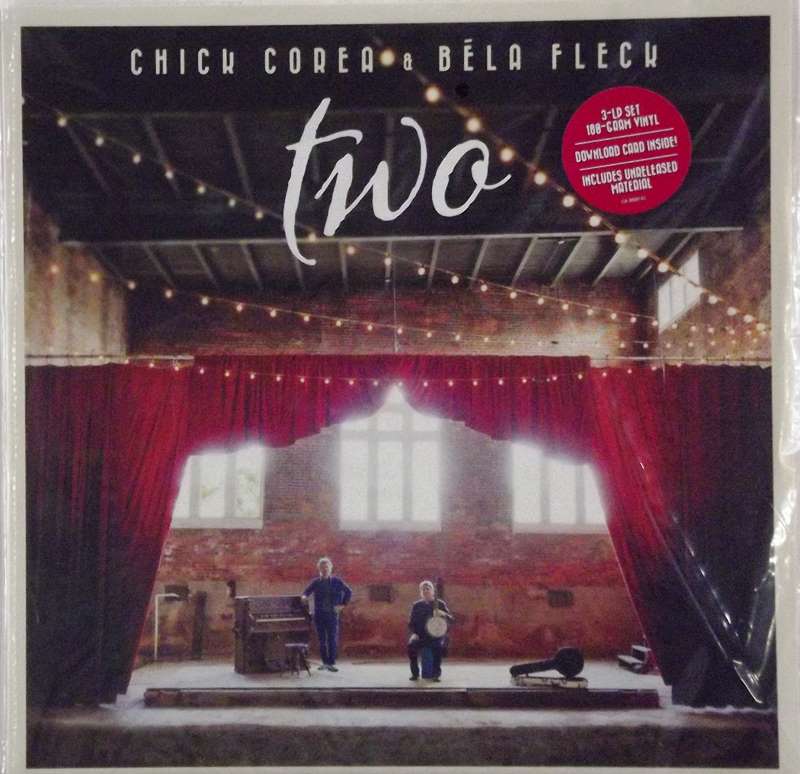 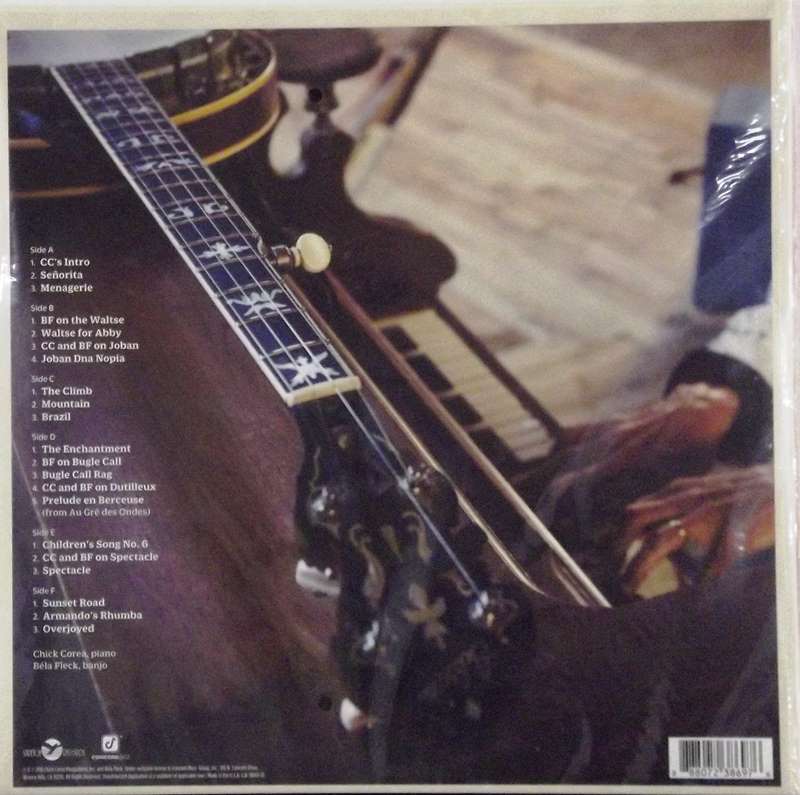 In an unlikely pairing of piano and banjo in 2006, Chick and Béla Fleck joined together to explore the unexplored. Their proposed project, pairing one of jazz’s most prominent instruments with one relegated to “miscellaneous” in critics’ polls, was uncharted territory. But Corea (an admirer of the banjoist’s bluegrass-meets-bebop band the Flecktones) and Fleck (long inspired by Corea’s Return to Forever ensemble) went into the studio with new material they had written for the recording date.

The result: The Enchantment, which was not only deemed one of the best recordings of 2007 but also sparked multiyear international live tours where sold-out crowds were treated to Corea’s and Fleck’s genre-shattering, jaw-dropping display of technical mastery—all delivered with deep emotion and an unexpected spirit of play.

The most compelling performances culled from those years of touring comprise Two, the simply titled, live double-album. The track list includes compositions from The Enchantment, which are re-worked with boundary-stretching improvisation, Corea and Fleck classics, as well as choice new music added to the repertoire along the way.

Two provides the listener with an aural snapshot of brilliant musicians engaged in egoless, intimate communication. They share clarity, focus, and inspiration simultaneously.AllMusic