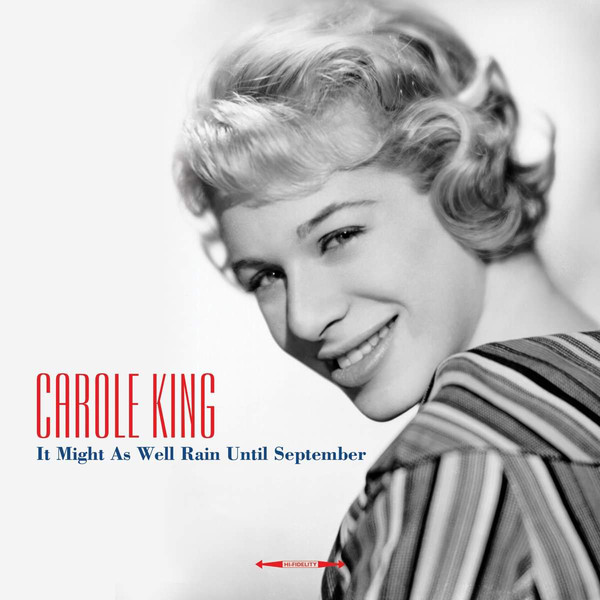 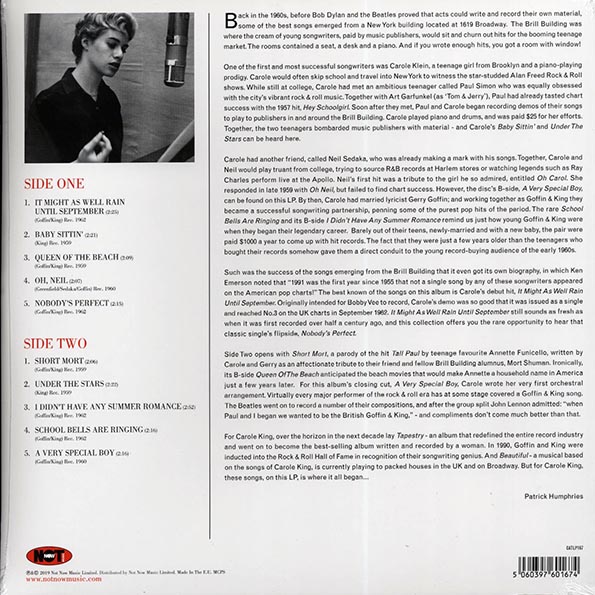 Back in the 1960s, some of the best songs emerged from a New York building located at 1619 Broadway called The Brill Building . It was where the cream of young songwriters, paid by music publishers, would sit and churn out hits for the booming teenage market. One of the first and most successful songwriters was Carole King, a teenage girl from Brooklyn and a piano-playing prodigy. Carole’s demo for “It Might As Well Rain Until September”, originally intended for Bobby Vee, was so good that it was issued as a single and reached No.3 on the UK charts in September 1962. Enjoy this superb LP with songs from the early years of her career including “Queen of the Beach”, “School Bells Are Ringing” and “Oh Neil”, her answer to Neil Sedaka’s “Oh, Carol”.

1. Short Mort
2. Under The Stars
3. I Didn’t Have Any Summer Romance
4. School Bells Are Ringing
5. A Very Special Boy