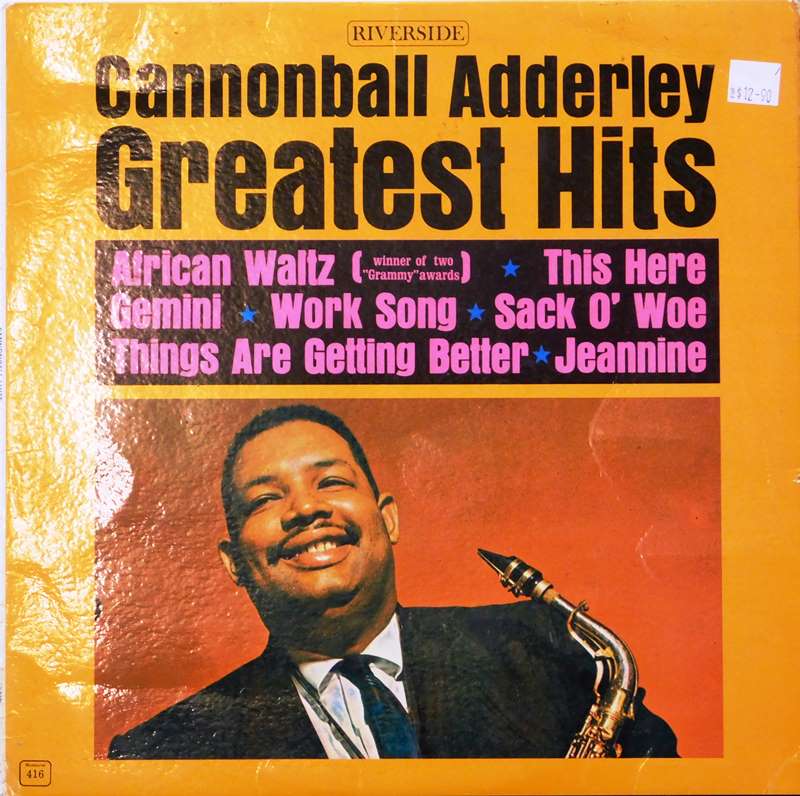 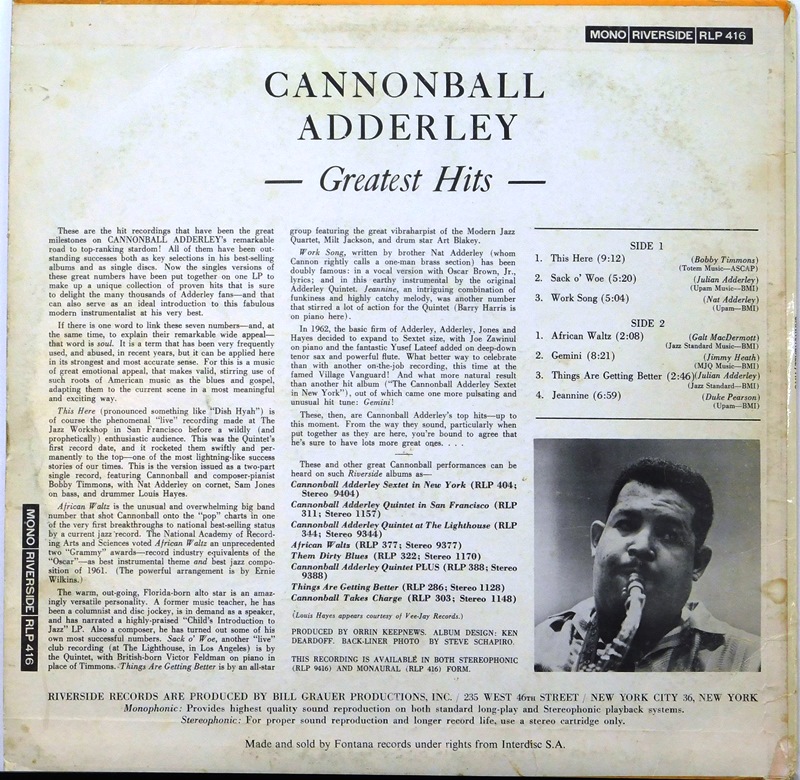 Very nice clean package both vinyl and gloss cover which has minor creasing.

"Greatest Hits" in this case means some of Cannonball Adderley's best-known numbers for the Riverside label, all delivered at their glorious, uncut original length, complete with several of Cannonball's ingratiating spoken intros. Since a few of the obvious choices ("Work Song," "Jive Samba," "Sack o' Woe") were sold by Riverside to Cannonball, who then gave them to Capitol in the '60s and were otherwise unavailable in the Fantasy catalogue, their inclusion here gives the set a boost. There are some glaring omissions from the Riverside years ("Hi Fly," "Dat Dere") but at least eight different albums with seven different instrumental lineups are represented, including the Quintet, the Sextet, sessions with Milt Jackson and Bill Evans, and a big band led by Ernie Wilkins. The highly partial, always vainglorious original producer Orrin Keepnews made the choices and also contributed the liner notes, which make for a good read. This, combined with Capitol's own Best Of CD, will give you a decent launching pad for exploring the Adderley brothers' soul-jazz celebrations of the 1960s.